Home Entertainment Call of Duty: Warzone players are unhappy with Heroes Vs. The Villains... 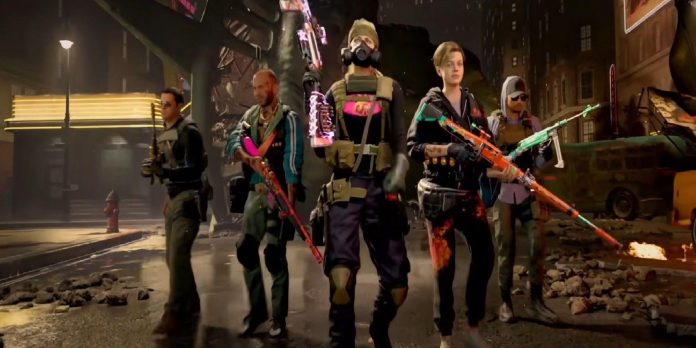 The Call of Duty: Warzone Heroes vs. Villains event started on August 24, and it took players some time to get things right as they gradually unlocked more faction tokens by playing standard matches. Among the outspoken members of the Call of Duty: Warzone community criticizing Heroes vs. Villains, there is Dr Disrespect, who expressed his dissatisfaction with the event during the live broadcast, as in previous times when he called the games. Although these aforementioned Call of Duty: Warzone players complain about the changes in the new update, others are just waiting for the release of the announced Warzone 2.

Among the critics of the Call of Duty: Warzone “Heroes vs. Villains” event, there is an opinion that it is predetermined, despite any choice that players make, and claims that graphic counters are strictly visual. Some Call of Duty: Warzone veteran players compared the Heroes vs. Villains event to the evolution of the classic Loot game mode, while others discarded it, putting it next to other past events such as Action Heroes, Ghosts of Verdansk and Train Robbery. . The winning faction in the Call of Duty: Warzone competition will be confirmed when the event ends on September 14, but some players who believe it is rigged are voicing who they think will win.

VTF guys? I thought we were villains… from CODWarzone

There are several free rewards exclusive to Call of Duty: Warzone Season 5 that players can earn by accumulating points by playing Operation Last Call game mode. The most expensive item that Call of Duty: Warzone fans can work on in Heroes vs. Villains is the Heroes Hand or Villains Vengeance MP40 blueprint, which will cost them a whopping 150,000 points. The achievable Insignia of a Hero or Villain and the Chop Chop gesture may be what unlocks casual Warzone fans, because they only require 16,500 combined, which is less than the 37,500 points needed for a Hero or Villain Weapon mascot. While some Call of Duty: Warzone players have identified potential progress issues for these items, most of the community ignores this aspect of Heroes vs. Villains.

The vast majority of those who are unhappy with “Heroes vs. Villains” note a potential problem with this season, which was observed in some older Call of Duty: Warzone events: Once the villains finish receiving their rewards, they switch to heroes who can leave the latter at a disadvantage at the end of the limited time mode.

The 10 best episodes of Harley Quinn in the animated series...