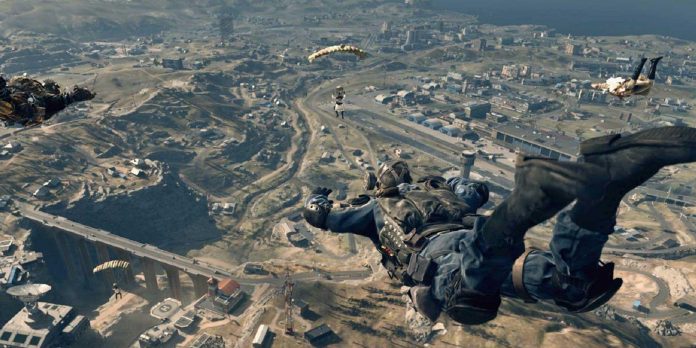 Activision Blizzard is developing the Call of Duty: Warzone experience with regular updates, and the Battle Royale is coming to mobile devices with the classic Verdansk map. After going through several iterations that changed the POI, Verdansk in Call of Duty: Warzone was brought back in the 1980s with Call of Duty Black Ops: Cold War and replaced with a map of the Pacific Caldera after the release of Call of Duty: Vanguard, but Verdansk returns. from the mobile version.

The Call of Duty: Warzone Mobile trailer confirms some details that were previously teased, such as 120-player matches, possible cosmetic options and much more. The trailer, similar to the original Warzone, begins with three soldiers dressed in Modern Warfare gear jumping from a battle royale plane and falling onto the map, leaving a red trail of smoke behind them. Descending under the clouds along with several enemy units, the three characters approach some Verdansk locations, such as the infamous GULAG, Dam Mountain and the Stadium, returning to the original idea of a royal battle from the lush jungles of the Caldera.

In addition to some weapons confirmed in the trailer, three types of vehicles are also shown in action, such as several ATVs racing after fleeing soldiers, several helicopters flying overhead, one of which eventually crashes into a dam, and a soldier barely dodging a cargo truck. As in the original iteration of Call of Duty: Warzone, these vehicles will help mobile players traverse the vast Verdansk landscape to catch up or avoid the increased number of players, which may help some fulfill their contracts. Given that Verdansk and counting 120 players were among the leaks for Call of Duty: Warzone Mobile, other hints made by data miners may also be true.

While many Call of Duty: Warzone players have expressed enthusiasm for the return of Verdansk, some suggest that it will be slightly modified compared to previous versions of the Battle Royale map. Although many comments on the Warzone Mobile trailer pointed to various gameplay elements, some fans reacted with glee to the Costa Rican soldier shown in the video.

Call of Duty: Warzone Mobile will be released on Android and iOS in 2023.

The Truth As To Why Rachel Showed Up With A Bandage...

PUBG: New State To Be Released Worldwide In November