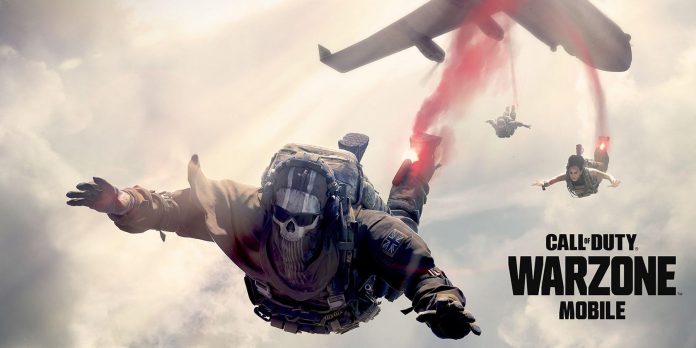 The creation of Call of Duty: Warzone Mobile might have seemed inevitable to many fans, given how well many other popular battle royale games have recently adapted to mobile platforms. In recent years, the popularity of mobile games in general has increased dramatically, as well as royal battles, which gives a more complete idea of why the marriage of these two turned out to be so successful.

Call of Duty: Warzone Mobile will, of course, retain much of the core identity of other versions of the popular Battle royale, but it will also have to adapt to smaller equipment and thus increase its appeal through more unique gameplay elements. The fantastic way this is done is to return to the popular Verdansk map, for which many fans are already beginning to feel nostalgic.

Call of Duty: Warzone Mobile will be a free version of the popular Warzone game, developed specifically for iOS and Android devices. Given that the number of players in Warzone reached 60 million within a few months of its release, it is not surprising why Activision believes that the game can succeed and be successful on mobile platforms as well.

Warzone Mobile will pretty much provide the same experience as other versions of the game, allowing players to immerse themselves in a battle royale involving up to 120 people either alone or as part of a squad. Interestingly, Warzone Mobile expands its appeal by offering general progress in Modern Warfare 2, Warzone 2 and in itself, which means that players can enjoy the gameplay in all three games without fear of lagging behind the progress in their favorite game.

As mentioned earlier, there is one factor of Warzone Mobile that seems to be at the forefront of the discourse around the game. As Warzone Mobile returns to Verdansk, many impartial fans are eager to get their hands on the game after its possible release in 2023.

The importance of Verdansk in Call of Duty: Warzone Mobile

Verdansk was the first major map launched alongside the original Call of Duty: Warzone after its initial release in 2020. The map represents the time when the game was at its freshest — before the ever-changing meta that continues to dominate the core. the gameplay of the competitive title has become noticeable — Verdansk is a map already saturated with warm memories and nostalgia for a huge number of Warzone fans.

The Versansk map was gradually pushed out of the Warzone map rotation with the release of Call of Duty: Vanguard and the introduction of the Caldera map in the Pacific region. The Caldera map, with its more outdated setting and much steeper topography, is controversial among many fans, especially considering how it supplanted the widely beloved Verdansk as the main Warzone map.

Thus, the return to Verdansk in Call of Duty: Warzone Mobile is a fantastic step on the part of Activision, allowing fans who verbally wanted to return to the map to be fed, and the upcoming Warzone 2 to fully reveal their individuality with its new Al Mazra map. This contributes to creating an environment in which Verdansk can get the comeback it deserves, and at the same time makes Warzone Mobile a much more intriguing prospect for a much wider reach of players after its release. Despite the fact that it will always be difficult to compete with Warzone Mobile, having Verdansk as the main card gives it a huge immediate advantage.

Call of Duty: Warzone Mobile will be released on Android and iOS devices in 2023.

The strongest form of the super-Slavic god of all time will...