Home Entertainment Call of Duty Warzone is legion: 100 million players in a year 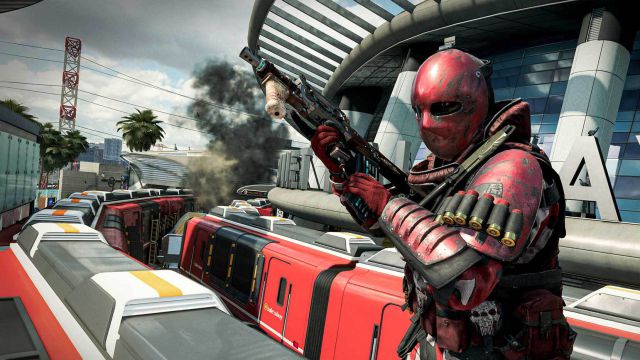 Call of Duty Warzone: The free-to-play free-to-play video game from Activision and Raven Software, now celebrating its first anniversary, celebrates this milestone in the battle royale scene.
Call of Duty: Warzone has reached the number of 100 million players worldwide. Activision has announced that its successful multiplayer video game under the battle royale genre, free of charge free-to-play (free with integrated purchases), continues to grow after its premiere last March 2020. A year has required the firm’s production North American with Raven Software in command to surpass the barrier of one hundred million unique users.

Carrying the Call of Duty name on your back helps, but there are contextual aspects that help to understand why Call of Duty: Warzone continues to be a success in the middle of 2021 and with increasingly fierce competition in the multiplayer landscape. The first of them is the quality of the video game, which cannot be doubted because, according to our analyst, it shares the essence of the series and a title of the saga is known at the controls.

Another reason is the pandemic. COVID-19 precipitated the suspension of school appointments of all ages and, as a consequence, millions of young and old people downloaded the trendy game on their PS4 console, Xbox One, PC or mobile device. That translated to 6 million players in 24 hours; 15 million players in three days; 50 million users in just one month; 60 million in two months. Last October was when we learned that there were already more than 80 million users having participated at least once in the Gulag games.

This astonishing figure of 100 million players is what one of its competitors in the battle royale genre has announced this April, Apex Legends (Electronic Arts, Respawn Entertainment), which on April 14 celebrated having achieved this milestone in just two years. In both cases, they are free works under a business model with microtransactions and are available on consoles, mobiles and PCs. Of course, EA has opened the range more and is also available on Nintendo Switch. In the case of Apex Legends Mobile, its beta starts this spring.

World Championship Series In Pokémon GO: How To Register To Participate,...

Dr Harrow season 3: 4 things to know about the continuation...