Home Entertainment Call of Duty: Warzone Has Already Kicked Out Over Half a Million... 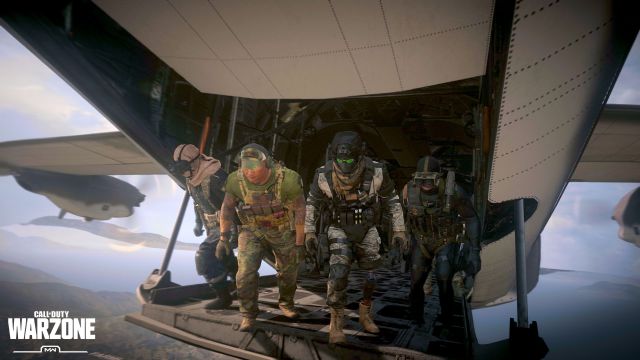 Call of Duty: Warzone, The Infinity Ward title, now run by Raven Software, has suffered the ravages of cheaters since its release in 2020.Raven Software has shared facts about cheater removals. Activision’s free-to-play battle royale, Call of Duty: Warzone, has not been rid of the cheaters since it was launched on the market in early 2020. As in most multiplayer titles, the North American company has been forced to take action on the matter. The study has confirmed a new wave of bans (more than 30,000 this time), which raise the number of expelled above half a million.

The anger of Raven Software

“Yesterday we expelled more than 30,000 malicious accounts in Call of Duty”, which translates into “more than half a million accounts banned in Warzone”, publishes the developer on Twitter. Raven Software’s Amos Hodge expressed his disgust and frustration at such behavior. In an interview with VGC, the creative assured that “nobody hates” cheaters more than they do. “We make content for the players. While you are angry because they have ruined your game, I am pissed off because they are destroying some of the best work I have done in my life, “he said.

Banned over 30,000 malicious accounts across Call of Duty yesterday… bringing us to over half a million accounts banned in #Warzone. 🚫

“I make this content thinking of the players and I know that the whole team feels this way. We put our hearts into the content, we have more than 100 million players ”and the game [has been on the market for a year]. According to Hodge, cheaters bother them “more than anyone else.” Both Infinity Ward (the original creators) and Raven Software have taken this issue very seriously. Not only have “a bunch of people” been kicked out, but the security team is continually rolling out “updates” to try to minimize the consequences.

Call of Duty: Warzone is available on PS4, PS5, Xbox One, Xbox Series X, Xbox Series S, and PC. The game can be downloaded for free on all platforms, although it is possible to acquire content through microtransactions.