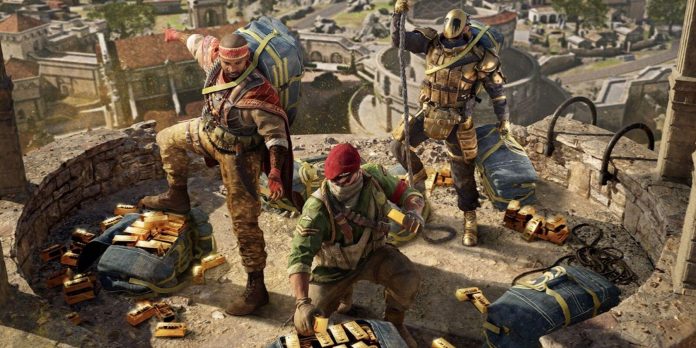 Call of Duty: Warzone has apparently been subject to endless criticism since the launch of Battle Royale in 2020. This has also not changed since the Warzone Season 4 update, which came out just a few days ago. After the Season 4 update, most of the criticism focused on in-game delays and out-of-sync issues in Call of Duty: Warzone. But there is also growing attention to another problem. The “Time to Kill” or TTK in Season 4 of Warzone is described as shorter than ever, although that may be a different issue altogether.

A thread in the Call of Duty: Warzone subreddit recently drew attention to the TTK of Season 4, although he was not the first and probably not the last to do so. The thread’s headline asked other Redditors if they felt like they were being killed after “what looks like 3-4 shots?” Reddit user 070119 explains that they die after 3-4 shots, which is incredibly fast. They say “it’s ridiculous” that they are dying so quickly, but they are curious if they are the only ones who have encountered the TTK problem.

has anyone fallen after 3-4 shots? from CODWarzone

The comments in the post draw attention to this fact and make an unsurprising conclusion. They say that TTK hasn’t changed that much, as it’s just another symptom of the constant problems with the Call of Duty: Warzone server. Essentially, players don’t hear the shots when they happen. Instead, they hear four shots, despite the fact that the servers are already dealing 8 or 12 shots of damage. These statements will imply a level of desynchronization between the player and the Warzone servers, which will make the game almost unplayable.

These server issues also explain why the TTK change is not felt when a player shoots at others. It will still take the same number of bullets, if not more, to destroy an enemy suffering from Warzone desynchronization. And it would be much more difficult to implement, since a longer TTK could be justified by poor aiming or something similar.

Although any problems with the server or problems with desynchronization are understandably very serious, and the developers of Call of Duty: Warzone should solve them as soon as possible, there are still some questions. The criticism of Call of Duty: Warzone is so constant that it can be difficult to assess how widespread the problems are and how serious they may actually be. Hopefully, problems are easily solved and solved quickly.