Home Entertainment Call of Duty: Warzone Confirms That It Will Have A Mobile Version 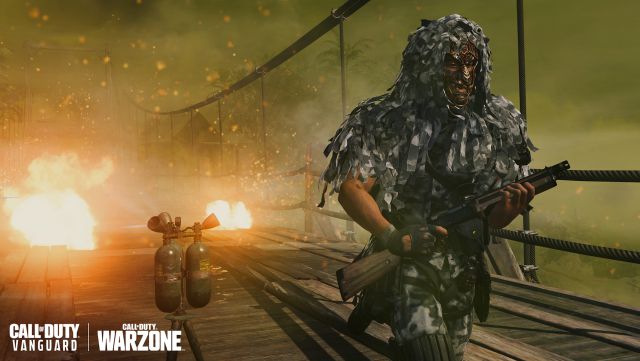 “We’re creating an entirely new AAA experience for mobile, bringing the seamless, large-scale action of Call of Duty: Warzone to gamers on the go.” The studio has veterans of the platform, but now they are searching the job market with the aim of achieving the ambition of transferring battle royale mechanics to mobile terminals. “It is being designed natively for mobile with the latest technology”, and with the intention of entertaining users “for years to come”.

Hit 'em hard from above and swiftly from below. 👊 💥

Season Two of #Vanguard and #Warzone is now available. pic.twitter.com/7EN3S5112V

What are they looking for and in which studies are there vacancies?

Open positions range from engineers to artists to designers to marketing people and more. “We’re looking for talented and passionate game developers and genuinely awesome people to join our diverse team, inspired to deliver a quality mobile experience to fans.” There is not a single studio dedicated to this production, since the vacancies are distributed among developers such as State Studios, Beenox, Digital Legends and Demonware.

Call of Duty: Warzone is available as free-to-play (free but with microtransactions) on PS4, PS5, Xbox One, Xbox Series X, Xbox Series S and PC. Since its launch, the product has evolved alongside the main Call of Duty, with new modes, settings, weapons, operators, etc. It remains to be seen what the next steps will be, but everything seems to indicate that the ball is in the court of Infinity Ward, the creators of the first version of Warzone.

The scene of the boy soldier in the finale of the...