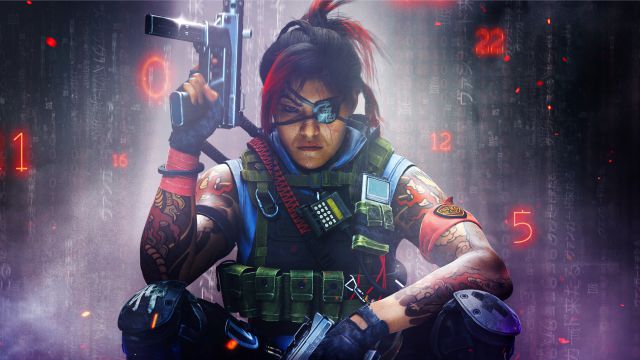 The official publication of the first image of Season 5 gives truth to the data leaked in the last hours. The same user who revealed to the operator indicated the Tec-9 as one of the main weapons that will come to the game. As some veterans of the genre will know, this automatic pistol can be used as a worn-out submachine gun or as a quick-action belt weapon.

According to u / Nanikos on Reddit, the user who revealed it ahead of time, this operator is called Kitsune and will star in a Japanese-themed season. The codenames of the two accompanying operators would be Kingsley and Surge; he also pointed to the standalone version of Summit as a new multiplayer map, although he did not know if it would debut in this framework or in the next.

The detail of the image reveals a background full of Japanese characters, in contrast to the red numbers that accompany the operator. It seems that the theme of the red doors will continue for another season. As we said at the beginning, the specific details are part of a leak: so far Activision has only confirmed the launch date, the operator’s face and its first image. There is a little over a week left for all the information to be shared in full.