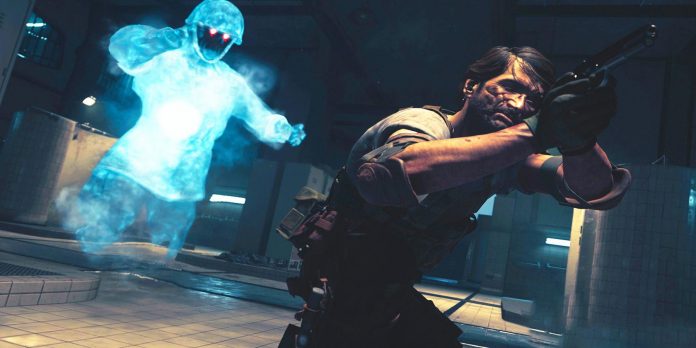 Although Call of Duty: Warzone 2.0 has not been properly disclosed, insiders have made sure that gamers know a lot about the game thanks to leaks and rumors. Although all leaks should be taken with a grain of salt, the information is promising, suggesting that features such as interrogations, NPC-filled Fortresses, and swimming will appear in Call of Duty: Warzone very soon.

Assuming these leaks are true, Call of Duty: Warzone 2.0 fans also have a good idea of the locations that will be displayed on the map. Presumably, there will be a large body of water surrounding a map similar to Blackout, consisting of areas from the original Call of Duty: Modern Warfare 2. However, the new attractions are also interesting, as the leaked cemetery area seems perfect for Easter. eggs.

Call of Duty: Warzone 2.0 Graveyard May Be Full of Secrets

If you think about the Easter eggs that may appear in the cemetery of Call of Duty: Warzone, something related to zombies seems obvious. In Call of Duty: Warzone, there were already zombies, and the undead were slowly spreading across the map before the nuclear bombing of Verdansk. Although it would be funny if zombies randomly appeared in the cemetery, as is the case with the zombie locations from Blackout, Raven Software can do its best to make their inclusion more special.

Call of Duty: Warzone players may have to get out of the way to summon the undead by completing a small quest to make zombies appear in the cemetery. This may include searching for an item in another part of the map and moving it to a point of interest in the cemetery or interacting with tombstones in a certain order. After that, players may have to defeat a wave of zombies, similar to live mannequins from Nuketown, to open one of the graves in the area. By robbing this grave, they could get a special drawing similar to the one in the Easter egg of Renaissance Island.

A simpler Easter egg can be tied to the tombstones of this leaked cemetery. Raven could use them as a tribute to characters who died in past Call of Duty campaigns. These can be figures such as Makarov, Reznov, Roach and many others, and the cemetery serves as a celebration of the past. New characters who die in the upcoming Modern Warfare 2 can also be featured in this graveyard.

The cemetery also seems to be the perfect place for some ghosts to appear, with eerie sounds heard while exploring the area and more noticeable scares occurring during the popular Call of Duty: Warzone Haunting event. Whether these ghosts are used only to scare away players, serve as scare jumps, or serve as enemies to fight depends on Raven Software. However, this is another option for the developer if he wants the cemetery to stand out more among other attractions on the future map.

One last secret may allow Call of Duty: Warzone players to enter some catacombs, looking for a key to open an underground area filled with crates of supplies. Working as Call of Duty: Warzone vaults, players can be motivated to rush to the graveyard and open the underground section as soon as they have the key. This can lead to a lot of intense battles in which players will fight for the key and the loot to which it opens access. Although there is always a chance that the cemetery is a small area where there is nothing to look for, the very concept of the location opens up access to some fun features, such as hidden areas and funny references.

Call of Duty: Warzone is already available on PC, PS4 and Xbox One.

The X-Men Secretly Blame Thor for the future Ragnarok