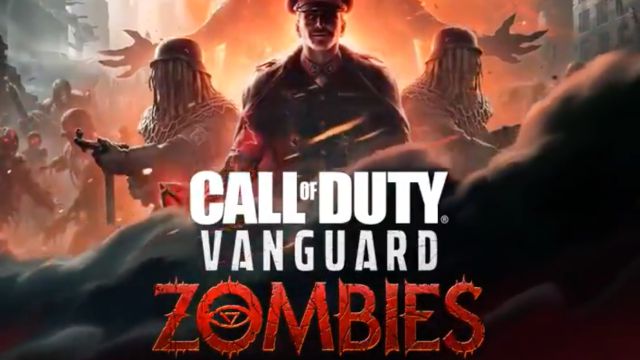 Call of Duty Vanguard: Activision confirms the exact time of the presentation of the zombie mode of the Sledghammer and Treyarch title accompanied by a short teaser trailer. Activision will reveal Call of Duty: Vanguard’s Zombies mode this Thursday, October 14. The much loved multiplayer mode will be present in the Sledgehammer Games title; although at the hands of Treyarch Studios, which are taking over what is, without a doubt, one of the favorite modes of the saga, a brand of the house. With only a few weeks to go before the release of the video game, little by little we are getting to know everything about this installment.

Call of Duty Vanguard – Zombies Mode: When will its first trailer be revealed?

The presentation of the Zombies Mode of Call of Duty: Vanguard will be held this Thursday, October 14 at 17:00 (CEST), exactly the same time as the presentation of Battlefield 2042, which will reveal its Hard Zone mode with a trailer that promises to be spectacular. Same day, same time. Activision has not yet specified how we will be able to follow the presentation live; presumably via Call of Duty’s official YouTube and Twitch channels.

Thus, the Call of Duty: Vanguard campaign and multiplayer mode are being developed by Sledgehammer Games, parents of this iteration; For his part, Treyarchs assumes the controls of a Zombies mode that is a few hours away from being revealed worldwide and that will be a prologue to the events of the eighties, in exactly the same narrative arc as the one proposed in Call of Duty: Black Ops Cold War.