Home Entertainment Call of Duty: Vanguard | PS4 and PS5 DLC Will Be Temporary... 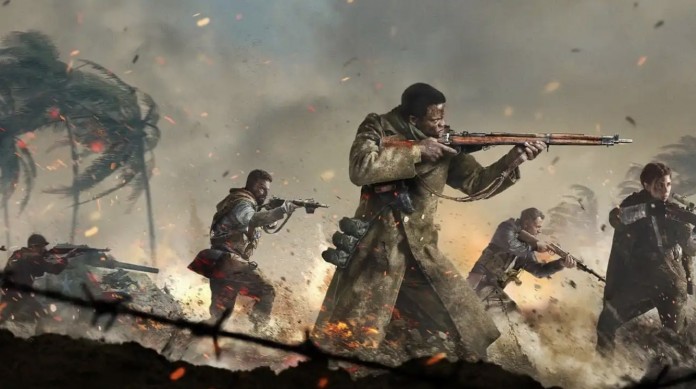 Call of Duty: Vanguard: Activision Blizzard has confirmed that the different special content will be available on other platforms from November 2022. Call of Duty: Vanguard in principle will not have exclusive game modes on PS4 and PS5, but it will have a series of DLCs that will come out first on this machine. As a result of the agreement between Activision Blizzard and Sony, PlayStation console players will be able to enjoy exclusive downloadable content. According to the most recent trailer, this bonus material – not yet officially revealed – will not be available on other platforms “until at least November 1, 2022.”

Charlie Intel, a website specialized in Call of Duty, has published that PlayStation 4 and PlayStation 5 users will be able to access two extra slots to customize their character’s class. It is unknown if the agreement will include more content in this line. The truth is that in Call of Duty Black Ops: Cold War, the previous installment, Activision Blizzard published an extra mode within the zombies mode.

What is official is that PlayStation users will have additional level jumps when they purchase the Battle Pass, as well as other benefits for PlayStation Plus members, exclusive XP events and more. You can read all the information about it in this link.

Now on sale on all platforms

Call of Duty: Vanguard has been available since November 5 on PS4, PS5, Xbox One, Xbox Series X | S and PC. As in the previous year’s installment, not all editions include the old and new generation versions. In other words, the next gen update will not be free.

Meanwhile, Call of Duty: Warzone, the free-to-play battle royale initially designed by Infinity Ward (now run by Raven Software), will be integrated with the new installment. This successful multiplayer video game was released on the same platforms and evolves over time, through a model of seasons.