Home Entertainment Call of Duty Vanguard Is Updated, What Problems Does The New Patch... 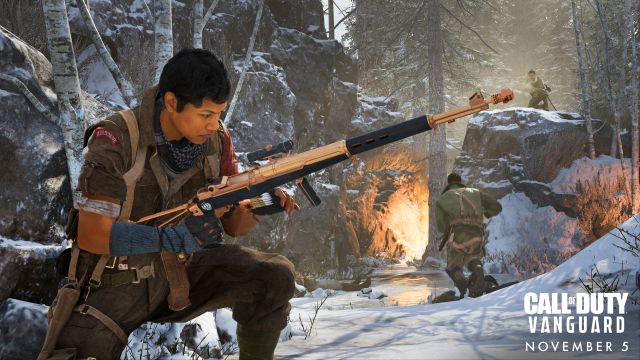 Call of Duty Vanguard: Activision’s new installment of the game receives a new patch that removes automatic saves at mid-level, among other changes. Call of Duty: Vanguard World War II has already reached the homes of players. Meanwhile, the title developed by Sledgehammer Games is updated with new features in all its game modes. Perhaps what is most striking is that the automatic save points have been removed at mid-level, although the update notes reflect many additional changes and corrections, which we explain below.

These are the news coming to Call of Duty: Vanguard

Mid-game checkpoints have been disabled. Note: Players have not lost their progress in the campaign. The saved data will move players to the beginning of the last level instead of the most recent checkpoint.
Multiplayer
Players who were unable to redeem incentive codes such as XP bonuses, calling cards or emblems will now be able to receive their rewards.
The Combat Shield will protect the back of the players after putting it away.
Invisible modeling in MVP and Spotlight voting has been fixed.
Fixed a bug that affected the progression of Constanze’s skin.
Operator Challenges no longer appear to reset after completing them.
Incorrect requirements to unlock Weapon Challenges now appear correctly
The 1911 pistol already progresses past level 50.
Weapons are accessible in the Loadouts / Gunsmith section after beating level 66.
Zombies
Camouflage Progression – All Gun Challenges can be completed successfully.
Exfil’s kill count now properly counts zombies killed.
Bleed Out Meter: The Resurrection Meter displays progress correctly.