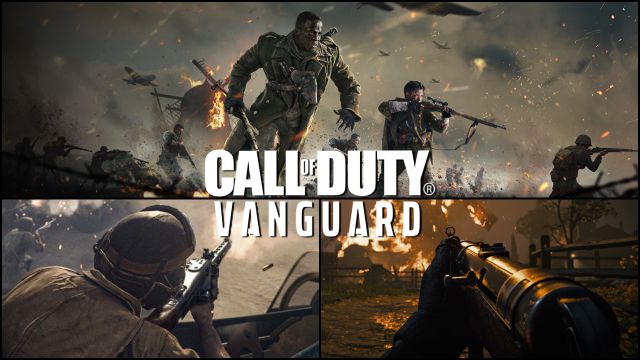 Call of Duty Vanguard: Dataminers find the full list of scenarios included in Vanguard Launch on the occasion of the beta that took place this weekend. The Call of Duty: Vanguard beta files have played a trick on Activision and Sledgehammer Games, who have seen the complete list of 20 maps that will be included in the final version of the game from November 5 on PS4 leaked. , PS5, Xbox One, Xbox Series and PC.

Dataminers have identified the full roster in the Call of Duty: Vanguard beta archive, so it’s completely real. Of the 20 scenarios, 16 will focus on the main multiplayer experience; while the other 4 maps can be enjoyed in the new survival-based game mode Champion Hill. As Adam Iscove of Sledgehammer Games said in his interview with MeriStation, “I am very proud of the content that we are going to offer on the way out. We have 20 maps at launch. I think it’s a record for any Call of Duty so far. ” Remastered World at War maps will be added in the future.

The beta code also indicates that new games will be added soon with the following names: Arms Race, Control, Crawl, Minefield and Patrol.

Next, we leave the complete list of maps. We warn that the content may be considered spoiler or spoiler.

Call of Duty: Vanguard will be officially released worldwide on November 5, 2021 for PS4, PS5, Xbox Series, Xbox One, and PC. These are your minimum and recommended PC requirements.

How Did The Netflix Series Squid Game Become Popular?

E3 2021: WarioWare Get It Together, surprise for Nintendo Switch