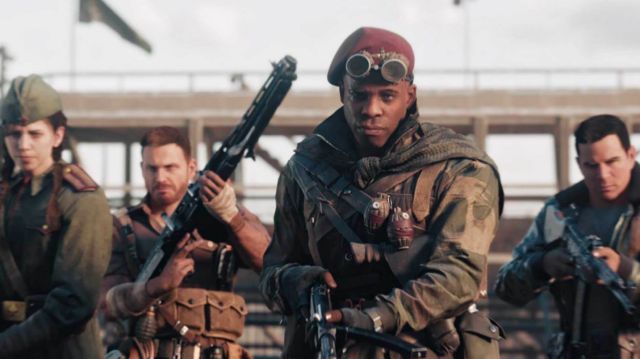 Call of Duty: Vanguard: We return to World War II with Sledgehammer and Call of Duty, this time with a campaign and a few zombies below the average. We have all seen a movie or series in which there is a character with post-traumatic stress disorder. A poor man who freaks out every time he hears a loud noise (namely, a firecracker, a lightning bolt, an exhaust pipe, anything). He is startled, his eyes go wide, and the memories of him transport her back to the horrors that caused his trauma. Maybe World War II, maybe Vietnam, Iraq, Afghanistan … well, we have created many portals to hell throughout our history. The fact is that this character has to learn to live with these regressions and often life no longer seems to taste the same. And this is precisely what happens to us with Call of Duty: Vanguard. It is a game that causes us too many flashbacks and troubles.

It is even better than us explained by that wonderful song by Celtas Cortos called La senda del tiempo. “Sometimes there comes a time when you suddenly get old / without wrinkles on your forehead, but wanting to die / Walking through the streets everything has the same color / I feel that something is missing, I don’t know if it will be love / I feel that I go crazy and immerse myself in alcohol / the stars at night have lost their splendor ”. Without a doubt, the Celts are the soundtrack of this analysis. Because don’t get us wrong, it’s nothing personal against the Call of Duty saga. On the contrary, the author of these lines is a regular of it and he enjoyed very much (but very much) the recent Modern Warfare (2019) and Black Ops Cold War (2020). The latter’s campaign seemed tremendous to him. And despite critical (and often pretentious) voices advising against the franchise, we are of the opinion that one a year doesn’t hurt. There are times when you feel like a good blockbuster and not the latest brainy and experimental gem on the indie scene. No guilty pleasures. We are just like that, humans. But what we were going to: it is nothing personal against Call (as it has not happened to us with all his installments), but with Vanguard it has seemed to us that “everything has the same color and has lost its splendor”. It is a continuous déjà vu, a record of great successes from the 2000s whose versions, although they cause tickles, do not end up overwhelming us with emotion and adrenaline as the originals did. It’s kind of like Phase 4 of the MCU, wow.

War never changes, okay, but all or just the second?

This year’s campaign is a new return to World War II, but far from being an unprecedented approach that encompasses the battles, events and fronts still uncovered by the saga, Vanguard’s approach is the same as always. Having been selling as the opposite … ahem, it has a crime. We have a mission in Normandy (focused on Operation Tonga, in which the Allied left flank was secured during the night before landing on the beaches), two phases in Stalingrad (one to capture the German invasion of August 1942 and another on its subsequent defeat in January 1943), two more in North Africa (about the months before the siege of Tobruk, in 1941, and the second battle of El Alamein, in 1942), as well as the classic level during the fall of Berlin. To give you an idea, Operation Tonga was already in the original Call of Duty, El Alamein’s war was in Call of Duty 2 (and in one of the first spin-offs, Finest Hour), while Stalingrad and Berlin, well, we would finish earlier if we cite the titles of the series in which they have not been (are there?).

We are not complaining about World War II, but about the slogan that Activision has wielded (“like never before”). Nor do we ask the developer to focus on insignificant moments or rewrite the story “so the little kids don’t have to repeat missions.” What we do demand is something more coherence and narrative in the choice of events. The previous work by Sledgehammer Games, responsible for this chapter, was precisely Call of Duty: WWII (2017), from the same war period, and it also repeated a lot of situations seen previously. What if Normandy again, what if Caen (CoD 2), the passage through the Rhine (Roads to Victory), the liberation of Paris (Call of Duty 3), etc. However, the developer handled the matter infinitely better on that occasion and her campaign mode left a great taste in our mouths. What was the difference? What has been said, a matter of meaning, of coherence when locating the game.

Love Island in the UK: why fans turned away from Davide...