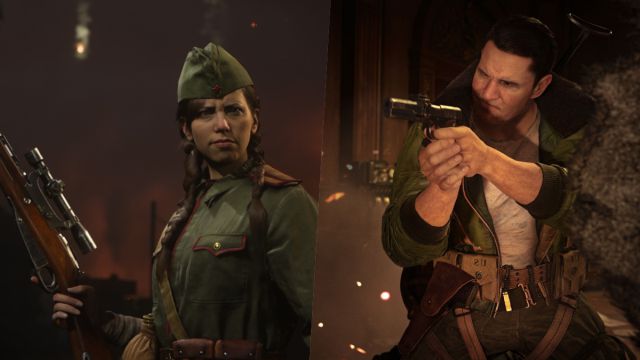 Call of Duty: Vanguard: The new installment developed by Sledgehammer Games has extended its beta phase until next September 22. Call of Duty: Vanguard still has a few weeks of development to go, but the open beta of the game has already hinted that one of the usual problems of the saga (and of any online multiplayer game, by the way) is back. As published by VGC, some players have reported the presence of cheaters, who use cheats and auto-targeting programs to emerge victorious from the contest.

Activision takes the fight against cheating very seriously, something that it has been flagging for a few years. The continuous waves of expulsions and the refinement of anti-cheat systems have not succeeded in eradicating practices that are clearly impossible to eliminate, although they can be alleviated. In fact, the North American publisher has announced that it will introduce a new technology in 2021, which will reach both Call of Duty: Warzone and the main installment, Vanguard.

Another wave of expelled in Warzone

Last August, Raven Software announced on social networks the expulsion of more than 100,000 accounts that had incurred this type of action. The study then pointed to the development of the aforementioned technology, of which they have not yet provided more details in this regard. What is clear is that it is a continuous tug of war, a pulse that will continue to be played out over the next few years.

Call of Duty: Vanguard returns to WWII with a new installment of the popular shooter, this time from Sledgehammer Games. Unlike Battlefield 2042, the title will once again bet on the campaign mode, as well as its multiplayer and zombies mode, another of the classics that returns as nougat.