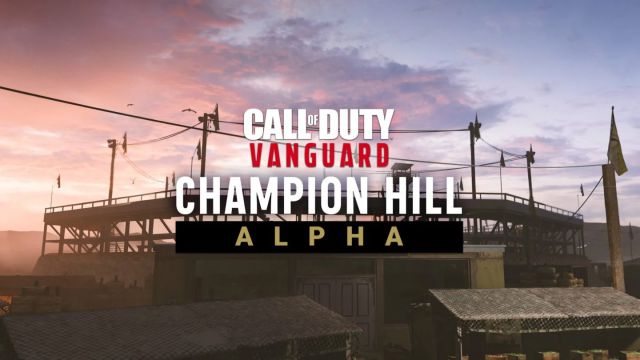 Call of Duty: Vanguard, The cases of allegations of alleged workplace and sexual harassment at the top management of the company have left the name of the company compromised. The Activision logo does not appear when starting the Alpha of Call of Duty: Vanguard, which for a limited time can enjoy the PS4 and PS5 players. From Charlie Intel they have noticed a detail that has not gone unnoticed, since regardless of its exceptional nature – the first time it happens in a title of the long-running video game series – it coincides with the recent accusations of labor and sexual abuse, as well as the legal litigation in which the giant North American corporation is immersed.

Once we download the Alpha, the startup sequence includes the Sledgehammer Gamer logo (main team in charge of the development of the title), as well as other studios that are actively participating in this ambitious project, which will be launched this November 5 with the objective to become another best seller. Beenox, Treyarch, Raven, High Moon Studios … All the major divisions of Activision are actively working on this new installment of the saga, which is currently at its best on a commercial level; But Activision is out of the equation.

It’s not the first time it’s happened with Call of Duty: Vanguard, however. The absence of any mention of Activision also occurred in the game’s debut trailer, released globally last week, for “a creative decision.”

What’s going on with Activision; a summary

It was on July 20 when the State of California (California Department of Fair Employment) filed a complaint for alleged discriminatory abuses against employees, mainly women, of the company, dating from the year 2019. The complainants seek to “remedy, prevent and dissuade civil rights violations ”and end the absence of women in positions of responsibility at Activision. For its part, the company defended itself, but gradually increased both employees and investors.

From there, more than 2,000 employees gathered to condemn the initial response of the company, the mistrust of its shareholders (a 10% drop in its market value from July to this part) and the abandonment of J. Allen Brack, until now president of Blizzard and critical of the situation. Bobby Kotick, CEO of the company, said that there are people who will be “accountable” for what happened. Days later we learned about the dismissal of Luis Barriga and Jesse McCree, director and chief designer of Diablo IV, plus Jonathan LeCraft, of World of Warcraft. McCree was featured in the famous photo of the Cosby Suite, where many of the executives’ less-than-exemplary parties have taken place since 2013. Also featured in that photo was Alex Afrasiabi, director of World of Warcraft, fired in 2020 for inappropriate behavior.

The Squid Game: What we suspected of the next projects of...