Home Entertainment Call of Duty Vanguard: Activision’s Absence From The Trailer Is “A Creative... 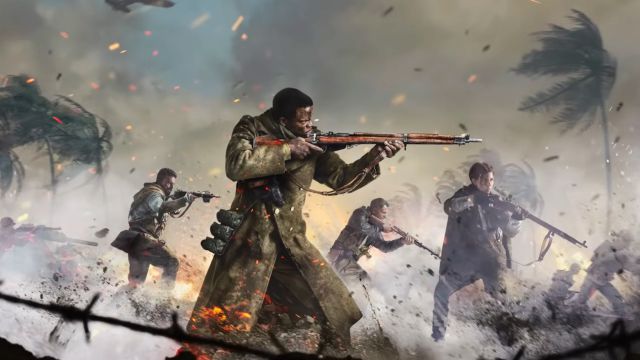 Call of Duty Vanguard: Activision denies any relationship of the company’s omission in the reveal trailer to recent insider harassment lawsuits. Last Thursday was the debut of Call of Duty: Vanguard, despite the fact that the existence of the game was an open secret and there was something that drew powerfully attention in its debut trailer: the absence of any mention of Activision in said trailer. Everything pointed to the fact that this is due to accusations of harassment within the company, but from the company itself they have wanted to make it clear that nothing further, but that it is due to a mere “creative decision.”

The context of the presentation of the new installment of Activision’s most lucrative franchise was not the best possible. A few weeks ago, a complaint was filed with the state of California for sexism, discrimination and harassment against the company, circumstances that were flatly denied by senior executives of the same. Unfortunately for them, numerous former – and some current – Activision employees corroborated these malpractices.

That is why that omission in the game trailer was taken for granted, but obviously, Activision was not going to give this official version, and thus, the company has responded to journalist Stephen Totilo, who got in touch to ask about it. done.

“Call of Duty has continued to expand into an incredible universe of experiences,” begins a note sent to Totilo himself. “This was a creative decision that reflects how Vanguard represents the great new installment in the franchise,” concludes his compelling response.

Already yesterday it was possible to know in Axios, of which Totilo is a part, that some employees have formed a collective known as A Better ABK, where the acronyms correspond to Activision, Blizzard and King. From this group a request has been made to the company to avoid arbitrary clauses that are imposed in contracts or to improve the recruitment of personnel where diversity is emphasized, among other things. However, at the moment the company has not responded to these demands, with what A Better ABK has interpreted as “a negative”.

Call of Duty: Vanguard will arrive on November 5 to PS4, Xbox One, PS5, Xbox Series and PC.