Home Entertainment Call of Duty: Underwater Battle Warzone 2.0 changes the rules of the... 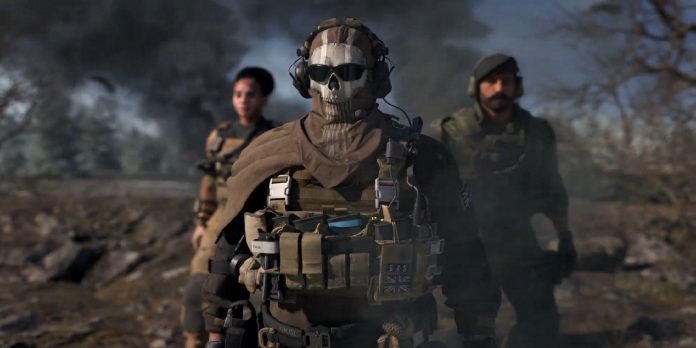 The long-awaited sequel to Call of Duty: Warzone was officially announced during the presentation of Call of Duty Next, much to the delight of many people. The developer, Infinity Ward, has released an almost 3-minute video dedicated to Warzone 2.0 along with Modern Warfare 2. For many, Call of Duty: Warzone 2.0 hopes to revisit past games from the Call of Duty franchise with less unrealistic stunts. but new features, such as underwater combat, add variety to weapons and the overall gameplay.

The trailer showed a lot of really amazing elements of Call of Duty: Warzone 2.0 that can please fans, such as a rapid-fire secondary element, hanging a ledge, a third-person perspective and deployable cameras. On top of that, the sequel will be the first game in the series in which PvPvE will be on such a massive scale, although, of course, Call of Duty: Warzone experimented with it a bit. The main highlight of the presentation was underwater combat, in which only special ballistics and certain weapons can be used.

Underwater combat is unique for Call of Duty

Of course, underwater combat isn’t necessarily a new aspect of the franchise, as Call of Duty: Black Ops 3 did it with a map that was half underwater. However, it will be a completely different experience, and it will really change the rules of the game in the “Battle Royale”. In addition to the fact that Call of Duty: Warzone 2.0 now has boats, players will also be able to shoot at each other while in the water, which is a bit like how the second chapter of Fortnite introduced underwater gameplay.

A person can not only shoot out of the water, but also dive into the depths. The deeper the player goes, the murkier the water becomes, just like in real life. For some, using water can become a viable mechanic for evading enemy fire. Many players in the open beta version of Modern Warfare 2 also realized that this mechanic is ideal for sneaking up on opponents, although some people talked about how unhappy they were that “water tourists” would inevitably appear in their lobbies.

The weapons that can be used in the water are limited, as the developer had to think about how these gadgets would work in this environment, as well as the overall balance of gameplay with the new DMZ game mode, similar to Tarkov. For example, there are contactless mines that can float at water level, while the player’s gun is their only main weapon underwater, although the projectiles work. On the waves and even while swimming, users can use all weapons as usual. Sniper shooting from the water has proven itself as a method that can destroy enemies, while these underwater players can remain somewhat hidden.

Along with these water elements, it seems that Infinity Ward is returning to the roots of Call of Duty, as well as bringing back fan favorites. Some players express excitement about how the game seems to be moving away from the wild movement and arcade style of the first Warzone and returning to a more classic Battle Royale game with tactical and survival elements. Making decisions and taking advantage of the landscape may be more important with its release than ever, as the game may have a slower pace and less spam. Also, the third-person camera angle creates a different perspective, which makes skins more valuable, but can be disadvantageous in some fights.

Unfortunately, not every decision in Call of Duty: Warzone 2.0 was received with praise, including removing the cancellation of slides and equipment, which players will now have to buy and upgrade. Overall, most people seem to be happy with the fact that the game is a mix of the first Warzone game mode and Call of Duty: Black Ops 4 Blackout.

The open beta version of Call of Duty: Warzone 2.0 can now be played on PlayStation until September 26. PC and Xbox players who have pre-ordered can join on September 23. The official launch of the game will take place on November 16 for PC, PS4, PS5, Xbox One, and Xbox Series X/S.

Slay The Spire developers are developing a new game