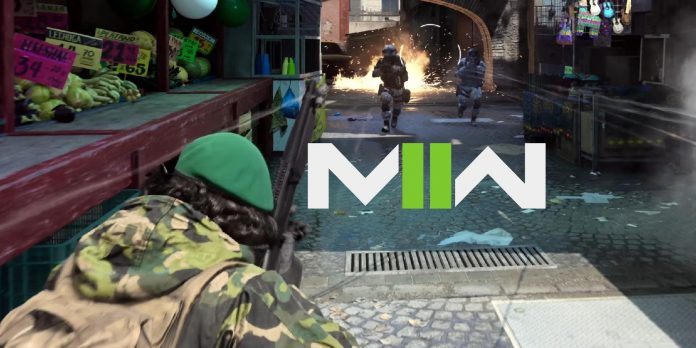 Call of Duty: Modern Warfare 2 occupies a convenient place as one of the most anticipated games of the end of 2022, as evidenced by the dominance of the game in the gaming news cycle. The excitement around this game has intensified even more thanks to the recent presentation of Call of Duty Next, which showed more of a third-person view, as well as the fact that the game is currently in beta testing on PlayStation consoles.

A recent presentation showed a staggering amount of information about Call of Duty: Modern Warfare 2, but one factor of the game especially attracted the attention of many fans. Modern Warfare 2 is set to reintroduce third-person perspective modes to the franchise, and this could have incalculable benefits in shaking up tried-and-tested game modes.

Call of Duty: Modern Warfare 2 is the latest upcoming installment of the historical and very popular CoD franchise. The sequel to 2019’s very well-received Modern Warfare, MW2 will, understandably, aim to exceed the expectations set by its predecessor.

The Modern Warfare 2 campaign, scheduled for release on October 28, will include reimagined versions of the iconic Task Force 141 characters from the original Modern Warfare games, as well as a Spec Ops mode and an extensive ambitious multiplayer mode. In addition to this, Modern Warfare 2 will be released alongside Warzone 2, a sequel to the popular battle royale and an Escape From Tarkov-style mode known as DMZ.

In an effort to distinguish itself from its predecessor, Call of Duty Next provided fans with an extensive insight into the new and unique gameplay elements and mechanics that will be introduced in Modern Warfare 2. The infamous dolphin dive of the franchise, this was a confirmation of the third-person gameplay for Modern Warfare 2, which really piqued the interest of fans.

Currently, little is known about the third-person mode in Modern Warfare 2, as it is not presented as a game mode in the current beta version of the game for PlayStation. This mode became known to fans thanks to its, albeit brief, appearance during the Call of Duty Next presentation, and there is still a lot to be done about it, despite the relative mystery surrounding it.

It is likely that in the upcoming Modern Warfare 2 there will also be special playlists for third-person modes, and they can be cyclically changed to provide a huge level of gameplay diversity. It’s no secret that the multiplayer game Call of Duty has been heavily dependent on the same online game modes for some time, so periodically providing these modes with a third-person view can add a fascinating dimension to Modern Warfare 2.

This element of freshness in the title becomes even more useful when you consider that Modern Warfare 2 will be the first Call of Duty with a two-year life cycle. The unprecedented amount of time and attention that will be given to the game makes the introduction of third-person modes an even more attractive prospect.