Home Entertainment Call of Duty: The DMZ mode in Warzone 2 seems to give... 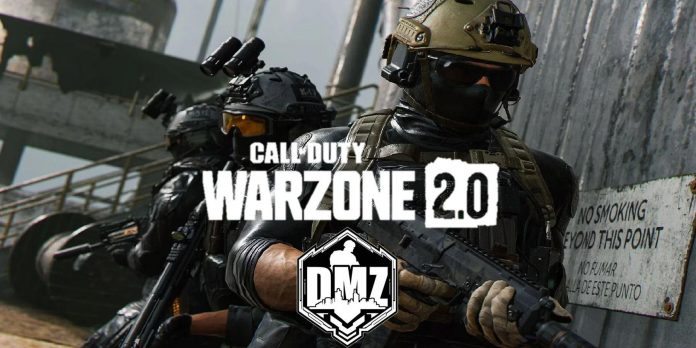 Call of Duty: Warzone 2 aims to provide the most holistic and extensive CoD Battle Royale experience to date and seems to be moving beyond the genre to provide brand new modes for the franchise. For a short time, the focus of attention at the recent and informative Call of Duty Next presentation turned out to be the DMZ mode, which has long been rumored, which is unlike anything from the original Warzone.

The DMZ mode for Call of Duty: Warzone 2 is probably the least well-known mode in the title and in the most upcoming Modern Warfare 2, but enough has been told about its main gameplay to start drawing conclusions about how the game will play and feel. . With its expansive setting and player-dependent tone and tempo, DMZ mode can provide fans with tremendous freedom.

Call of Duty: Warzone 2 will be released together with Modern Warfare 2 and will be a continuation of the very successful original Warzone battle royale game released in 2020. Striving to become bigger and better than its predecessor, there is a huge amount of change. which should come with Warzone 2.

With a brand new map in Al-Mazra and reinventing the core features of Warzone, such as the circles on the map and the GULAG revival system, it becomes clear that Warzone 2 respects its past successful formula, but is brave enough to create its own identity. In addition to having predictable battle royale game modes, Warzone 2 is also unique in that it is to be released alongside a brand new mode, which is now confirmed to be called DMZ.

The DMZ mode for Call of Duty: Modern Warfare 2 largely shares the basic gameplay formula with another popular online first-person shooter Escape From Tarkov, which introduced a scavenger-type gameplay to many fans. In the main DMZ gameplay, players will be taken to the same map that was used for Warzone 2.0, called Al Mazrah, which is reportedly larger in scale than the original Warzone Verdansk map.

Before starting the game, players will be able to choose from many different types of missions. Although details are currently unknown, these various missions will likely relate to what loot and rewards are available, as well as the main tasks that can be completed. Players will then participate in the PvPvE experience, and the Warzone 2 proximity chat will likely be moved to the DMZ to allow potential teams to counter the overwhelming AI forces that will dominate the map.

During these missions, the player will completely decide when they decide to “exfiltrate” from certain areas on the map in order to complete the mission and save any loot and rewards they could collect. If the player dies before evacuation, he will lose any loot he could collect, creating an exciting risk and reward environment for DMZ gameplay.

Considering how it allows players to solve certain scenarios tailored to individual characteristics, DMZ provides a huge level of freedom that will force players to return to the new mode again and again. Given that the pace of gameplay in Warzone and its successor will be inherently dictated by a shrinking map, as in any other battle royale, the freedom of DMZ gameplay can be a fantastic addition to the upcoming game.

The open beta version of Call of Duty: Warzone 2.0 can now be played on PlayStation until September 26. PC and Xbox players who have pre-ordered can join on September 23. The official launch of the game will take place on November 16 for PC, PS4, PS5, Xbox One, and Xbox Series X/S.

Anthony Anderson was an invited guest for Jimmy Kimmel and joked...