Home Entertainment Call of Duty progress is available for mobile devices, Warzone 2 and... 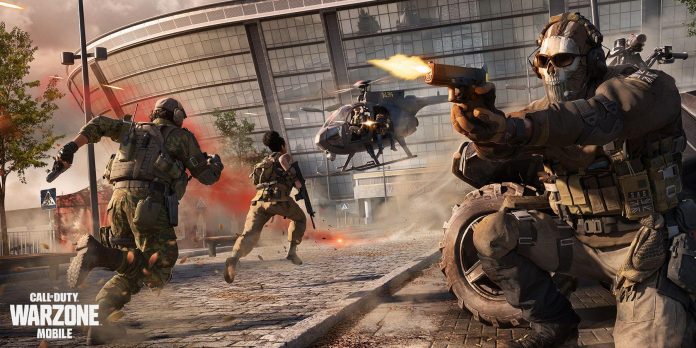 The Call of Duty Next event has now confirmed that the upcoming release of Call of Duty: Warzone Mobile will come with a comprehensive cross-progression system, allowing the use of a common combat pass and many other important features. The official announcement mentions a unified technology stack that allows developers to effectively combine certain aspects of the broad COD gameplay into one package.

While previous mobile versions of Call of Duty didn’t necessarily sell to the same player base as the main COD games, it doesn’t seem to apply to Warzone Mobile. Official sources have mentioned sharing social features along with Battle Pass, such as friend lists and chat channels, but otherwise Mobile will still have its own clearly defined and separate identity.

The upcoming COD: Warzone Mobile is being developed jointly by four different mobile game developers — Activision Shangai, Beenox, Digital Legends and Solid State Studios — which may have prompted Activision Blizzard to push for enhanced cross-progression features this time. . The disclosures also confirmed that Verdansk is returning to COD:Mobile, and it should be “Verdansk as [players] remember it,” suggesting that it is a direct copy of the original map layout.

Perhaps even more noteworthy is the fact that the new Warzone 2 Al Mazrah map will also appear in Warzone Mobile in the future, which highlights the connected nature of the games. Of course, it remains to be seen how well assets from, say, Modern Warfare 2 are transferred to a mobile game. However, Activision has explicitly stated that unlocking new operators and/or Modern Warfare 2 weapons will allow players to use them, for example, in Warzone Mobile, which implies a significant level of parity between all three of the aforementioned titles.

However, not everything is transferred to Call of Duty: Warzone Mobile. It is unlikely, for example, that Warzone Mobile will receive its own version of the new DMZ Warzone 2 game mode. Similarly, the official blog has already explained that the game will receive its own set of events for mobile devices, playlists and unique content that will not be available on other Call of Duty platforms.

Now that it has become clear that Activision Blizzard aims to offer much more interconnection between its current Call of Duty games, it will be interesting to see the integration of Modern Warfare 2 content into Warzone 2, and doubly interesting as future Call of Duty games continue to come out. . The overabundance of content was perhaps one of the big problems of the original Warzone, which led to the huge installation size of the game and other various problems that we hope will be avoided this time.

Call of Duty: Warzone Mobile will be released on Android and iOS in 2023.