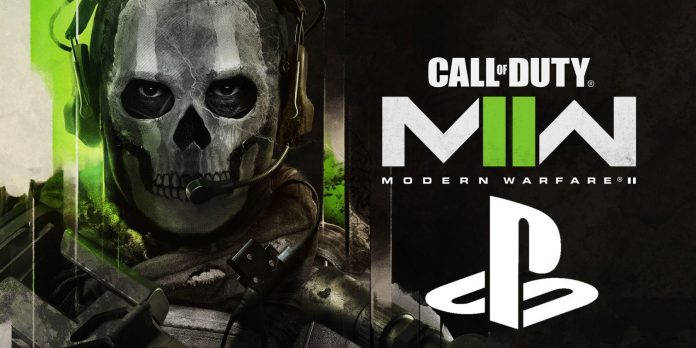 Activision unveiled new exclusive content for PlayStation in the upcoming Call of Duty: Modern Warfare 2 game during the Call of Duty NEXT presentation on Thursday. The presentation of the long-awaited sequel, along with its counterpart from the battle royale Warzone 2, demonstrated many new features that have appeared in the newest Call of Duty. Activision gave fans a lot of reasons to be excited about the game, in addition to new maps and game modes, as well as the return of fans’ favorites. Now PlayStation owners have the opportunity to take a look at the exclusive content that will appear in the Sony version.

Call of Duty: Modern Warfare 2 has demonstrated a new operator called Oni, which will appear in the game as an exclusive for Call of Duty players on PlayStation. In the short trailer, they are presented as a mix of a classic Japanese samurai and a modern soldier armed with a pair of short swords and wearing a Japanese mask over standard army equipment. They will be available together with a unique drawing of weapons for PlayStation players who have pre-ordered the digital version of the game. The trailer also confirmed that the pre-order content will be PlayStation exclusive for the entire year after the game’s launch.

Oni’s exclusive operator for Modern Warfare 2 is the latest in a long line of exclusive content that PlayStation players have received throughout the franchise’s history. Call of Duty: Black Ops Cold War previously had a PlayStation-exclusive zombie mode for a year after the game’s launch before it appeared on Xbox and PC. PlayStation users also often benefited from bonus campaigns providing increased experience or cosmetics in other games such as Call of Duty: Vanguard and Warzone.

The PlayStation exclusive content in Modern Warfare 2 came after Microsoft recently denied rumors that Call of Duty would be exclusive to Xbox after the purchase of Activision. Xbox CEO Phil Spencer recently wrote to Sony Interactive CEO Jim Ryan to confirm that Call of Duty will continue to be supported on PlayStation in the coming years. Fans still continue to speculate that PlayStation may no longer receive exclusive content such as Oni in future games due to Activision’s position as a subsidiary of Microsoft.

Call of Duty: Modern Warfare 2 will be released on October 28 on PC, PS4, PS5, Xbox One and Xbox Series X/S.

Alexa ‘Little Smart’ Angered Jeff Bezos At The Beginning Of The...