Home Entertainment Call of Duty: Modern Warfare 2 players are calling for a change... 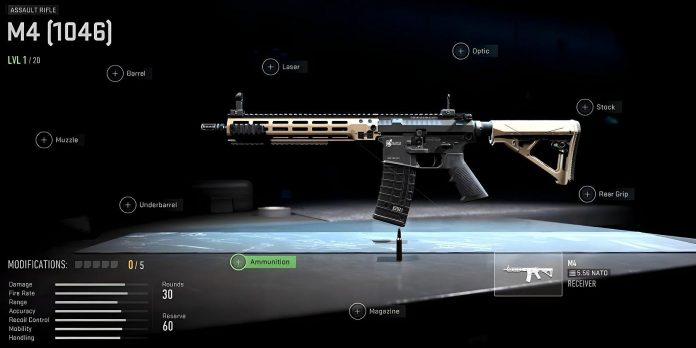 Call of Duty: Modern Warfare 2 seems to have undergone some significant UI changes compared to its 2019 predecessor, and fans don’t seem too thrilled with what Infinity Ward has done, overall. Over the years, the Call of Duty franchise has undergone many iterations of its user interface, but it looks like the latest installment may not be that popular.

While the user interface is often overlooked in the promotional materials of video games, the correct implementation of this feature is incredibly important for the immersion of players. According to some players with access to the beta version, Call of Duty: Modern Warfare 2 is not too good in this regard, and Infinity Ward should think about reworking it all before the launch date of the game.

Can we take a moment to talk about how confusing the user interface is? from ModernWarfareII

Others were more specific in their criticism: Skysflies posted on Reddit that they categorically dislike the game’s insistence on using horizontal menu options instead of the traditional vertically oriented user interface. TheDudeWhoCommented also agreed, suggesting that the user interface looks like it was created for a mobile game. Indeed, Modern Warfare 2 shares progress with Warzone Mobile, but it remains to be seen whether interface elements will eventually be reused.

Please, can we make the menu vertical from ModernWarfareII

While some of the latest Call of Duty trailers have excited gamers with exciting prospects, such as Gunsmith 2.0, the return of fan-favorite movement features, third-person gameplay options, and the introduction of full-fledged raids, for example, the first PlayStation beta has slightly dampened the hype with its user interface problems. Critics on Reddit acknowledge that these are relatively minor complaints, but a poor user experience can end up being very problematic for the game in the long run.

Call of Duty fans have also stated their desire for a permanent lobby in Modern Warfare 2, although it remains to be seen whether Infinity Ward considers this an important feature of the game. The beta status of the game’s user interface is also questionable, and it’s worth bearing in mind that it’s quite possible that the game launches without any major changes in how information is displayed to the player. Whether the developer will change anything in this regard remains to be seen.

Ghostwire: Tokyo, We’Ve Already Seen it. Between The Real And The...