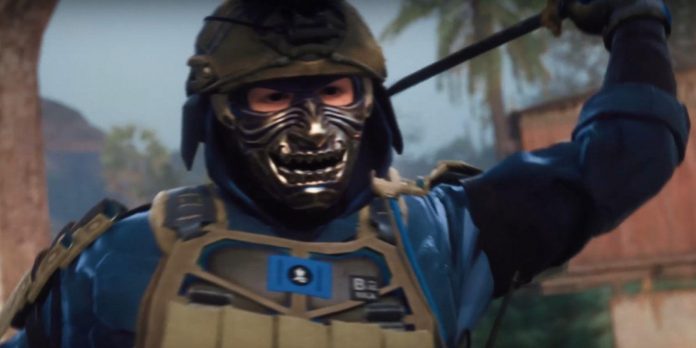 Activision recently held a Call of Duty Next event, where she talked about the future of the franchise. The next few months will be important for Call of Duty fans, and they can expect the release of Call of Duty: Modern Warfare 2 in October and Warzone 2.0 in November. PlayStation exclusive content has also been revealed, and such content has caused controversy in the past, but this time Activision seems to have handled it in a way that is unlikely to cause too much concern.

Call of Duty Next revealed much more information, including part of the multiplayer game Call of Duty: Modern Warfare 2 and the exciting gameplay of Warzone 2.0. Although Microsoft is acquiring Activision, PlayStation will still be able to enjoy Call of Duty for the foreseeable future, although gamers should not enter into exclusive deals that PlayStation usually receives from franchises.

This year at the Call of Duty Next event there were many important discoveries for fans of the franchise. This was a particularly good event for PlayStation gamers, as it was announced that the PlayStation versions of Call of Duty: Modern Warfare 2 and Warzone 2.0 will receive exclusive content. Console exclusivity deals are often controversial, and in most cases this happens for good reasons. On the part of gamers, it seems unfair to receive additional content just because they are on a certain platform. However, Call of Duty has managed to handle exclusivity in a way that is less likely to upset too many gamers.

PlayStation players will receive an exclusive operative named Hiro “Oni” Watanabe, as well as a blueprint for a high-level weapon. There are Japanese elements in Oni’s design, as he is armed with blades and wears a samurai mask, although he still carries weapons like a modern soldier. Exclusive content is appropriate as it doesn’t give the PlayStation too much extra content. Also, the exclusivity is not infinite, and it will only be PlayStation exclusive for a year.

Call of Duty and exclusivity

It’s worth applauding Call of Duty when it manages to balance exclusivity correctly, as there have been several cases in the past when this is not the case. This was seen, for example, in Call of Duty: Black Ops Cold War with the PlayStation-exclusive Zombies mode for a year before it finally appeared on other platforms. The worst case of console exclusivity of the franchise occurred with the remake of Call of Duty: Modern Warfare 2, which was released on PS4 a month earlier than on other platforms. Such exclusivity puts other players at a disadvantage and, for obvious reasons, causes dissatisfaction.

Pokemon Scarlet and Violet: Why fans compare Brasius with the fiery...