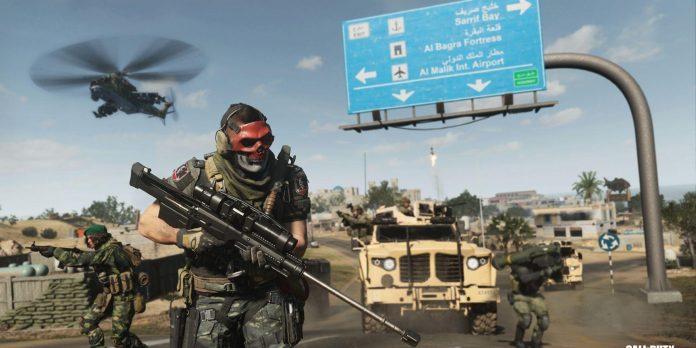 Call of Duty Next, a new demo event for Activision’s popular first-person shooter franchise, took place on September 15, 2022, and with it came a lot of new details about the upcoming Call of Duty: Modern Warfare 2 and its various new maps, modes and gameplay innovations. While the disclosure of information about Call of Duty: Warzone 2.0, its new map and additional modes was the main part of the event, the tidbits shared about the multiplayer of the main game were no less interesting.

The presentation was dedicated to two brand new multiplayer maps that will appear in Call of Duty: Modern Warfare 2 at launch, the first of which was Sarrif Bay, which is actually a small segment of the Al Mazrah map in Call of Duty: Warzone 2.0. Sarrif Bay looks like a relatively urban map that combines melee combat between buildings and shootouts that occur both on the water and in the water. The mechanics of swimming in Call of Duty: Modern Warfare 2, which was noticeably absent in its predecessor, seems to be a special emphasis, and it will be interesting to see how access to reservoirs can shake up the standard gameplay of Call of Duty.

The second new multiplayer map to be shown was Mercados Las Almas, which looks like a relatively standard urban environment with a three-lane design. Even though this is the standard fare for the Call of Duty series, some changes may have been made to accommodate the new “six versus six” game modes. One of these new modes will be “Prisoner Rescue”, which looks like a repeat of the VIP escort mode of Call of Duty: Black Ops Cold War. The other is Knockout, a mode in which teams compete to capture a package in the center of the map before time runs out.

Another major new mode that will appear in Call of Duty: Modern Warfare 2 is “Invasion”. An evolution of the classic Ground War game mode, Invasion will be a twenty-on-twenty fight in which AI soldiers will be used to thicken the fight and prevent teams from moving too far into enemy territory. This mode will probably seem quite familiar to those who participated in 20-20 campaigns in the multiplayer component of Call of Duty: Modern Warfare, and some compare it to the Battlefield franchise, albeit on a slightly smaller scale.

This, of course, is only a small part of the information disclosed during Call of Duty Next. From a new arsenal of weapons, deployable objects and a series of murders to a completely new component of the demilitarized zone Call of Duty: Warzone 2.0 — there is a lot of information that needs to be caught up in relation to the next part of the Call of Duty saga.

Dir-Jean Page is open to “Bridgerton” remaking the Duke of Hastings...