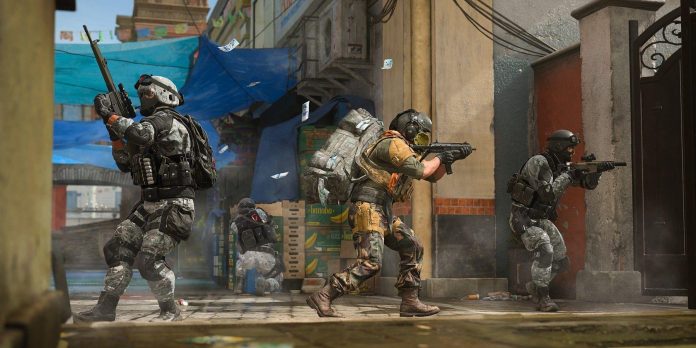 The upcoming Infinity Ward shooter Call of Duty: Modern Warfare 2 has been available for beta testing for several days, and players are already making awesome kills and a series of kills. Recently, one player posted an impressive excerpt from the beta version of Modern Warfare 2, which surprised many. There wasn’t the slightest warning before disaster struck this player in what seemed to be a fairly peaceful camping spot overlooking a residential area.

A reboot of one of the most successful Call of Duty games, Modern Warfare 2 2009, is now available for players in beta. The first phase of beta testing of the long-awaited Call of Duty: Modern Warfare 2 began on Friday with early PlayStation access, and yesterday the game became available to all PlayStation players. The second stage this week will include early access for Xbox, Battle.net and Steam, and from Saturday to Monday the game will be available to all players on all supported platforms.

The PlayStation player in question explored the apartment building in search of unsuspecting victims on the streets of Mercado Las Almas, one of three new maps available in the beta version of Modern Warfare 2. As soon as the player managed to break the window and look at possible enemies on foot, an explosion occurred nearby, resulting in instant death. In this case, a fragmentation grenade was thrown by the enemy from all over the map while running, and neither the target nor the killer could know what was going to happen.

I found Kobi on beta 😭😭 from ModernWarfareII

Fortunately, although there is still work to be done with the user interface of Modern Warfare 2, the game offers an excellent playback feature. It not only shows the player’s actions, but even tracks the path of the grenade. As evidenced by the murder camera, the enemy threw a grenade into the sky, hoping for the best. The grenade flew over the building in a perfect trajectory, bounced off the corner of the roof and hit right in front of the recently broken window, missing the satellite dish. The throw was so accurate and exploded so quickly after hitting the player’s death radius that there was not even a hint of danger.

This isn’t the first great kill video in Call of Duty, as the franchise offers dynamic action that’s perfect for creating memorable moments like this. Unfortunately, unlike the Call of Duty: Vanguard grenade killing clip, there was no way to throw the grenade back in this case.