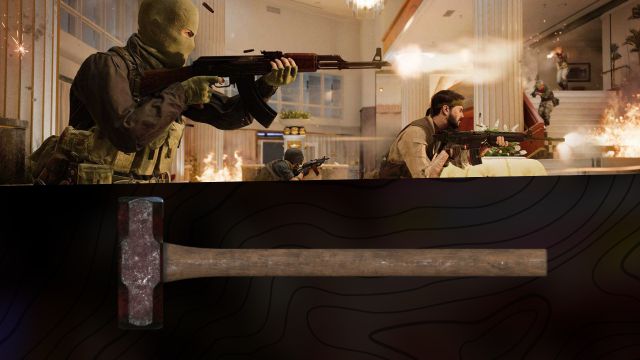 The Deck is the new melee weapon available in Call of Duty: Black Ops Cold War multiplayer. Learn how to unlock it for free.

Call of Duty: Black Ops Cold War launches another of the weapons that participate in the wave of content of Season 1. Far from the lead salad offered by MAC-10 and Groza, at the moment it is possible to unlock a new melee model Body. Put the knife aside – it’s time to break through walls.

How to unlock the Deck in Black Ops Cold War

The Deck lands in the arsenal prior to unlocking after completing a challenge. In it, we are pushed to kill 2 or more players quickly in 15 different games using a knife. Maps like Nuketown ’84 are the ideal setting to do so. Remember the nuance of the test, since two separate kills do not serve, but must be consecutive in a limited space of time.

Upon completion, we will unlock the Deck and 1000 experience points in our profile. Once in your possession, it will also be available in Call of Duty: Warzone. Don’t have the patience to meet the requirement? Do not worry. Treyarch provides the ability to take a shortcut … upon payment.

We are talking, of course, about the Bulldozer Operator package, one of the last cosmetic sets to debut in the store. The new playable character is accompanied by several weapon projects, including the Deck. For 2400 COD Points you can get the following:

Through this link you can find out all the news that awaits you in Season 1. On the other hand, by clicking here you will know what happened during the unification with Modern Warfare and Warzone.

WhatsApp teaches users to fight disinformation in the pandemic