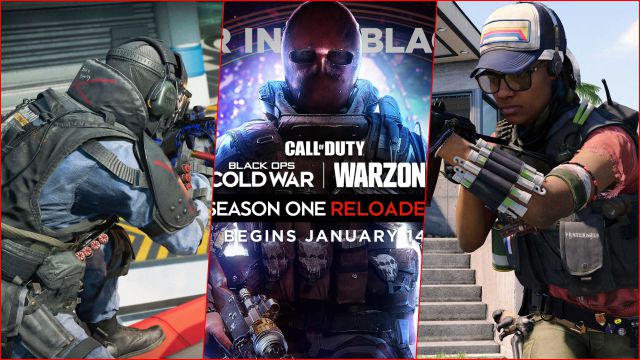 Treyarch’s game will be refreshed with new content this month with Reloaded. We review all the news in weapons and details of the update.

Treyarch Studios has detailed all the news of the content update for Call of Duty: Black Ops Cold War for this second half of January and next February. Season 1 – Reloaded begins this January 14 and does so with cross content also for Warzone, but all applicable news for today’s date are for the new project in the Black Ops series. Let’s take a look at all the weapons, maps, and modes on the roadmap.

Zombies mode free for everyone for a limited time

The first thing to note is the new zombie game mode, Cranked, which is now available; likewise, this mode will be free for all users of PS4, PS5, Xbox One, Xbox Series X | S and PC until next January 21; We tell you all the details in depth through this link. To download it, just identify in the store “Call of Duty: Black Ops Cold War – Free Access to Zombies” and join us on the indicated dates.

On the other hand, PlayStation players can now play on the new Raid and Express maps in Onslaught mode.

As far as weapons are concerned, the arrival of Wakizashi stands out, a reduced-size sword shaped like a katana that lasts longer than other large swords. Zeyna is the new operator, although she will not be available until next January 21; she is a specialist in heavy weapons and mobility.

Finally, what most interests Call of Duty: Black Ops Cold War users, the new maps. These are two new scenarios, one of them is the Sanatorium, a Soviet place located in the Urals that is now available. It is a circular site, near a lake and with many columns. On the other hand, Express, a 6v6 map that to many will sound like one of the best-known maps of Call of Duty: Black Ops 2. Old-school players will be able to return to this well-known train station from February 4 .

Call of Duty: Black Ops Cold War is available for PS4, PS5, Xbox One, Xbox Series X | S, and PC. The title has established itself as a best-seller, one of the fastest-selling in the series and the most downloaded paid title on the PS Store during 2020.