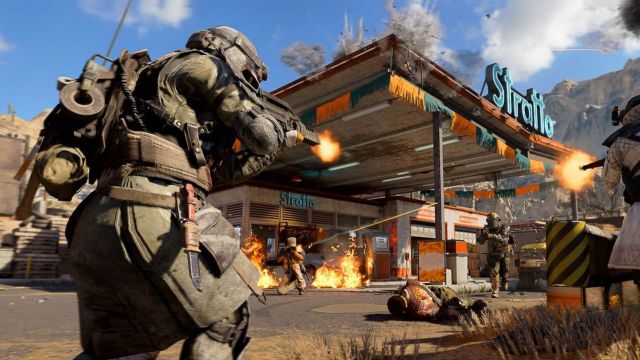 Call of Duty: Black Ops Cold War: Activision titles developed by Treyarch and Raven Software continue to receive free updates. The fourth season of Call of Duty: Black Ops Cold War and Warzone has already been uncovered at Summer Game Fest 2021. It will be released on June 17 as a free update and will include new weapons and content. In addition, it will extend the zombie mode. How could it be otherwise, the American company has shown an official trailer, which you can see on these lines.

Nothing has been said about the next title in the saga, as planned, although Geoff Keighley has not hesitated to ask.

As Geoff Keighley previously anticipated, Activision has supported the Summer Game Fest event, although during Kickoff Live there was only time for Call of Duty: Black Ops Cold War and Call of Duty: Warzone. Season 4 has been cleared with all the news. And what about the next installment? The information handled by VGC suggests that it will be announced this summer, although not within the framework of any of the major digital events.

Sledgehammer Games, which will bet on the usual trio of game modes: campaign, multiplayer and zombies. This time we will return to a very familiar conflict within the saga, since the idea is to visit World War II, both on the Pacific and European fronts. With the arrival of a new installment in the series, one may wonder what will happen to Warzone, the free-to-play battle royale of the saga. The answer is that it will continue more than alive.

Contrary to what happened with its integration in Black Ops: Cold War, Activision intends that the contents based on Vanguard arrive from the same launch day and not months later, as happened last year. The idea is to present a completely renewed roadmap, which adapts to the new setting without problems. Fortunately, Warzone’s graphics engine will be the same as that of the main game, since the current video game used a different technology.

Disney World and Disneyland Arena are the only theme parks making...