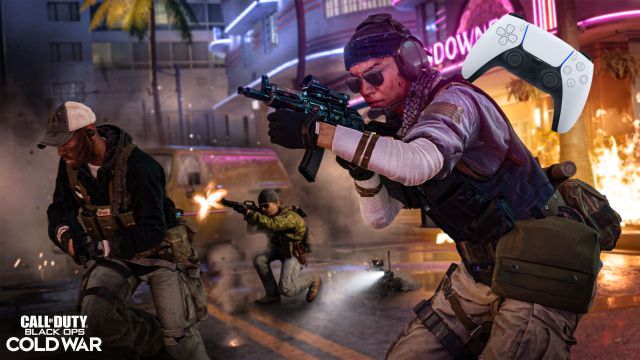 Call of Duty: Black Ops Cold War, Players can configure the intensity of the haptic vibration from the menu itself, although it is also possible to disable it.At the gates of a new title in the series not yet announced, the journey of Call of Duty: Black Ops Cold War has not yet concluded. When PS5 was released, many wondered if the special features of the DualSense controller would work in PC games. Steam incorporated this possibility quickly, while other games have been updated over time. One of them is the Activision title, which already includes the possibility of enjoying these compatible options.

To explore the features of DualSense on PC it is necessary for each studio to take advantage of and implement these specific features, so there are not a few titles that do without it on PC. However, Call of Duty: Black Ops Cold War players will discover that they can already configure all this in the menu dedicated to controls, as published by PC Games. From now on it is possible to activate or deactivate the haptic triggers, as well as select the intensity of the vibration.

Like other video games that make use of DualSense, the most recent installment of Activision’s shooter saga, developed by Treyarch and Raven Software, has incorporated resistance triggers, that is, it costs more or less to fire depending on the specific weapon. Anyway, those who find it uncomfortable can also do without it without major problems. Options, after all.

Call of Duty: Black Ops Cold War has been available since 2020 on PS4, PS5, Xbox One, Xbox Series X, Xbox Series S and PC. The game has evolved alongside Call of Duty: Warzone, the free-to-play battle royale originally developed by Infinity Ward, which has progressively added elements with the theme of the main game. The intention of the North Americans is to continue updating the product as new deliveries come out.