Home Entertainment Call of Duty 2021 will be “a very robust launch game”; new... 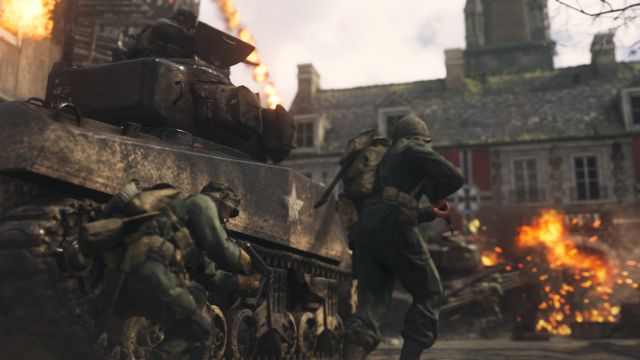 Call of Duty 2021: Sledgehammer, the makers of the next Call of Duty, are preparing “a very robust launch game.” Activision shares its plans for the future. The Call of Duty that Sledgehammer is preparing to debut this year will be “a very robust launch game” in all its game modes, according to Rob Kostich, president of Activision, during the fiscal results meeting last quarter. the past and present generation of consoles sometime in late 2021.

New details on the Sledgehammer experience

“We feel really good about what Sledgehammer Games is leading to launch in the fourth quarter of this year,” reveals Kostich. “The studio has never been bigger or stronger than now in their teams in Foscer City and Melbourne, and now also in Toronto.” The president emphasizes that the development “is going really well” through “all game modes”, where he emphasizes the experience “through multiplayer, through the campaign and through the cooperative.”

Kostich insisted on how “robust” it will be from day one in terms of content, and hinted at his commitment to giving strength to his roadmap over the months. “The good news for us right now is that we have expanded our live service plans to support the community after launch, and the community can expect that support to be very, very significant. We’ve learned a ton in the last couple of years, and it’s all in our plans as we get on with it. ”

These plans catch up with the work that Raven Software will do on Call of Duty: Warzone. In the same message, the president assures that they have “the most significant and fun update” planned at the crossroads of the ecosystem between the battle royale and this future installment. The same line adds Daniel Alegre, president and chief operating officer of Activision Blizzard, who shares that players can expect “an even deeper integration” than seen with Black Ops Cold War. We will know more about the game very soon.