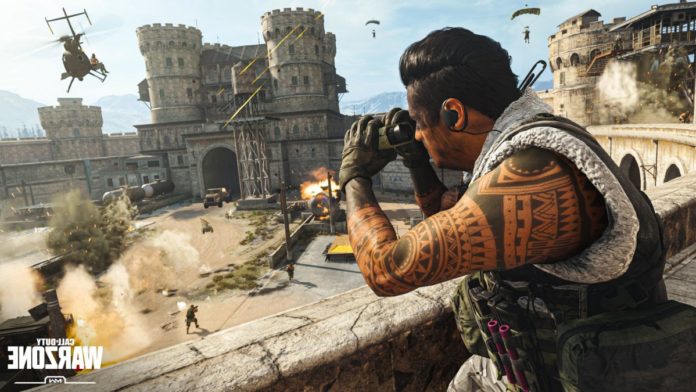 Activision announced that 15 million people were playing the new Call of Duty: Warzone. Although this battle royale mode is only a few days out, a fairly good number of players has been reached.

Call of Duty: Warzone was a long-awaited game. After the release of this battle royale game mode, the number of players began to exceed their goals in a row. The game is going through a very successful opening process.

Battle royale mode has been very popular in recent years. Call of Duty: Warzone has also taken its place in this market. He was able to attract people to himself in an instant with his free to play games.

15 million players in 4 days
The Call of Duty: Warzone game, of course, went through beta processes, but the game was officially released on March 10. In the four days that passed, the game reached 15 million players. This success was announced from the game’s official Twitter account. The game had reached 6 million downloads within 24 hours after the game was released.

Infinity Ward is currently trying to increase the number of players per episode in the game to 200. Work is also ongoing to add larger teams and new modes to the game.

Call of Duty: Warzone is actually part of CoD: Modern Warfare, but you don’t have to have the main game to play. It is also possible to play the package by downloading it separately from the website.

CoD: Warzone draws attention with its successful numbers
In the game, we have seen wars of up to 150 people so far, we have met new characters. On the map called Verdansk, we also saw that the favorite parts of various Call of Duty maps were transferred to this mode.

Our aim in the game is to equip the various equipment we gather from right to left after getting down on the map, to eliminate our opponents and to be at the top of the rankings. Call of Duty: Warzone will continue to be free only for those who want to play this mode.

FarEye, which facilitates logistics with artificial intelligence, has received an investment...

Sony’s Patent to “Bring a Fight”: Players Can Kick Teammates Who...