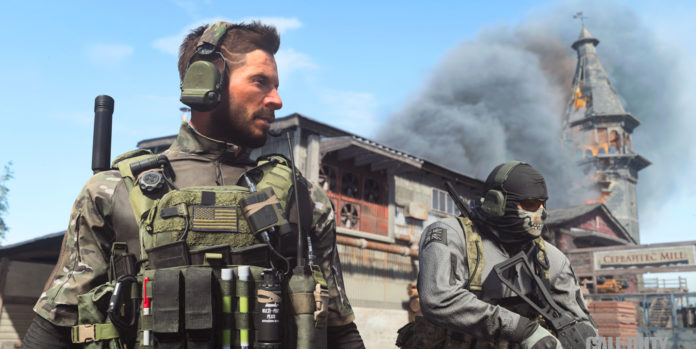 The new trailer of the 3rd season, which will start with the new update to Call of Duty: Modern Warfare and Warzone, has been released. The update will be available to all players tomorrow.

Call of Duty: Modern Warfare, which has managed to become one of the most popular games of recent times, has managed to increase its popularity especially with the Warzone mode added to the game. The game was ranked 2nd among the most watched games on Twitch last March.

Of course, in order to maintain the popularity of a game, you have to constantly offer new things to the players. Here’s the trailer for Activision and Infinity War, the third season of Call of Duty: Modern Warfare and Warzone. A few rumors were confirmed along with the trailer that was released.

What’s new in Call of Duty Modern Warfare and Warzone:
Along with the trailer shared on the official YouTube channel of Call of Duty, the innovations that will be added to the game in the third season were also seen very little. The topic of ‘teams consisting of more people’, which has been rumored for a long time, has been confirmed with this trailer. Call of Duty: Warzone will allow more than 3 players on the teams with the 3rd season.

Although the future of bigger teams has been confirmed with the published trailer, nothing has been shared about exactly how many players the concept of ‘bigger’ will be. However, the video featured a scene in which four people jumped from the plane. Therefore, we can now see teams of 4 people in the game.

Other innovations that will come to fashion are mentioned in the Warzone part of the newly released trailer. According to the scenes in the trailer, the vehicles in the game will gain brand new looks. However, new weapons and weapon skins will be added to the game.

If the changes coming with season 3 are on the side of Modern Warfare, we can say that big things are waiting for us. According to the details in the published trailer, Modern Warfare will have new maps, new weapons and much more with the new update.

The 3rd season update to Call of Duty: Modern Warfare and Warzone will be available for download on April 8, 2020, tomorrow.