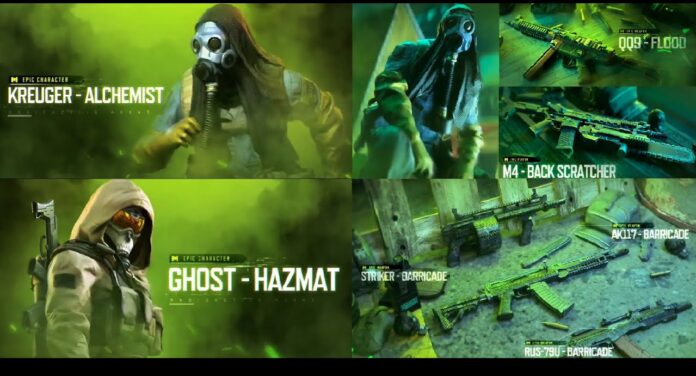 The 7th Season of Call of Duty: Mobile has been released with many innovations. With the new season, the battle royale map has expanded and new game modes, weapons, characters and many more innovations have been added to the game.

Last week’s update on the Season 6 Battle Pass on Call of Duty Mobile gave the clue that season 7 will come today. As expected, season 7 of the popular battle royale game titled Radioactive Agent has been released as of today. Activision emphasized that the battle royale map has been greatly expanded, as well as new maps, weapons and cosmetics.

7 new regions called Black Market, Harbor, Downtown, Sanitarium, Ski Town, Heat and Frigid Wetlands came to the Call of Duty Mobile map and the existing regions were expanded. Now the updated map of the battle royale game is 45% larger than before. You will be able to spy by viewing the locations of players and helicopters in Black Market. In addition, the tank came as a new vehicle to the game.

Players will have access to the new Cluster Strike Scorestreak at level 14 in the free Battle Pass. This devastating air strike inflicts damage on enemies. Players will then be able to unlock a new weapon, QQ9 SMG, at level 21 and obtain various camouflages. The purchasers of the Battle Pass will unlock all levels to gain legendary weapon skins such as Hazmat Ghost, Kreuger Alchemist characters, as well as the M4 Back Scratcher and QQ9 Flood. They will also unlock the rare ‘Radioactive’ and Destans ‘Barricade’ camouflage series.

Owner may find lost Samsung phone even without internet

I-LAND: Everything you need to know about the new BigHit reality...

Bella Hadid on the cover of Vogue Korea despite the coronavirus