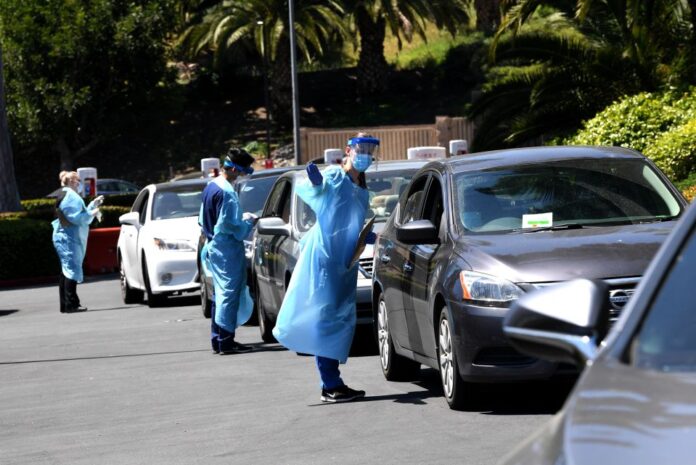 California has exceeded 2 million coronavirus infections a few days after the end of the year and becomes the only state in the United States to have exceeded the exorbitant number of infections.

Despite the efforts and repeated restrictions imposed in the state, such as the curfew, the spread of the coronavirus has not stopped and is rather uncontrolled threatening to completely collapse the state’s health system, although several regions have already reported to be without intensive therapy beds available.

Until noon on Wednesday the authorities had reported a cumulative total of 1,964,076 Californians infected since March, but this Thursday the count kept by the Los Angeles Times shows that the state exceeded 2 million cases during the night and woke up this Thursday with 2,009,562 infections accumulated.

The virus has been spreading much faster than before, and imposed restrictions that once worked have now failed. That is why the authorities have been clear and have asked to avoid family Christmas celebrations such as dinners and parties.

Los Angeles is the epicenter

Local authorities in Los Angeles County reported Wednesday that the southern region of the state had reached a new record for deaths in one day with 145, in addition to presenting the highest number of hospitalized for the disease exceeding 6,000 patients.

According to the Los Angeles Times, L.A. County It is at 96% of its hospital capacity and they fear a total collapse when their capacity to care is exceeded.