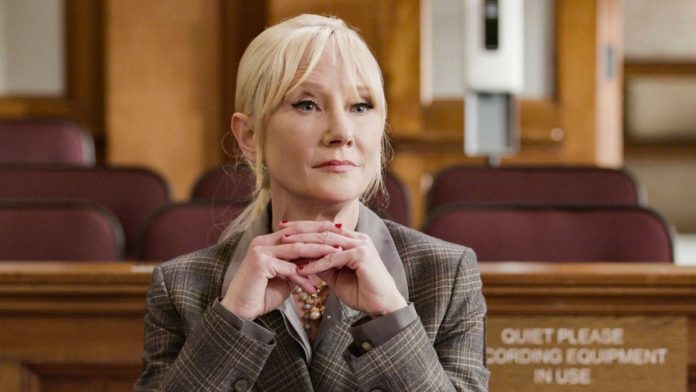 Anne Heche died last weekend from injuries sustained in a horrific car crash. However, exactly when she died is actually less clear than you think. Some media outlets declared Heche dead on Friday, while others did not report her death until Sunday. To an outsider, they would have seen the message about Heche’s death twice.
On Friday, Ann Heche’s family announced that the actress had died of brain damage. This caused many media outlets to report the actress as dead, because according to the laws of California, she died at the moment when her brain stopped functioning. The law allows for the declaration of death under two different circumstances and partially states…
(a) A person who has either (1) irreversible cessation of circulatory and respiratory functions, or (2) irreversible cessation of all functions of the entire brain, including the brain stem, is considered dead. The determination of death must be made in accordance with accepted medical standards.
Ann Heche was involved in a car accident on August 5, which resulted in a fire that destroyed her car and house and severely burned her. She never regained consciousness after the accident, and although initial reports indicated that the actress might survive, it soon became clear that Heche’s injuries were serious. By August 12, it was reported that Heche was not expected to survive, and later that day it was announced that her brain was dead.
Heche’s brain stopped functioning on Friday, but she remained on life support until Sunday so that her organs could be collected for donation. Only after the life support system was turned off and Heche stopped breathing, other sources reported that the actress was really dead. Therefore, some reported that the actress died from a legal point of view, while others waited until her body completely shut down to use the word “dead”.
Although, of course, this is not the first time that someone’s “death” falls into this gray zone, it is a place of both legal and philosophical confusion. It’s hard to answer the question when someone is really dead. Although many media outlets that announced Heche’s death on Friday, including CinemaBlend, indicated that Heche’s brain died only on Friday, not everyone would truly consider this death, even if recovery was already impossible at that time.
And just like individuals, the media will have different views on this issue. One newspaper or website may consider brain death death in the same way as California law, while the editorial rules of another may require more, which leads to some places having to wait several days to declare an actress dead after many others have already done so.
Anna Heche is fondly remembered by those who knew her. Anyway, many memories began on Friday, because it was on that day that her friends and colleagues found out that they had lost her.

Is GTA Trilogy Bad? Check Out The Most Bizarre Bugs In...