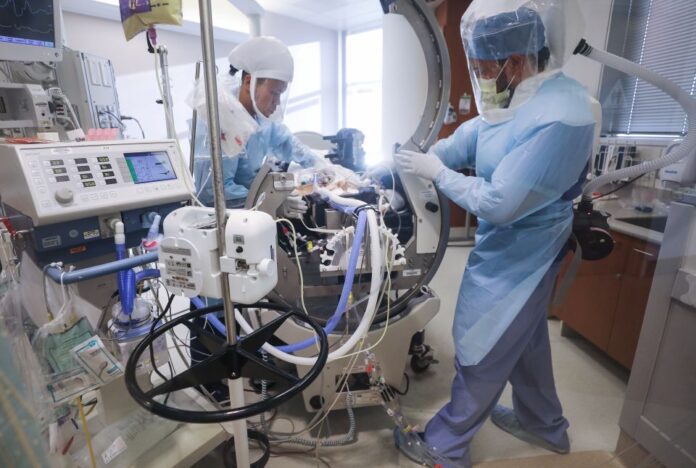 The light at the end of the tunnel that was turned on with the arrival of the vaccine in California is dim with the number of new infections and deaths reported every day by the health authorities of the golden state, which is close to the exorbitant figure of 2 millions of infections.

This Wednesday, the state counted 39,069 new cases in the last 24 hours, bringing the total number to 1,964,076 Californians infected with the virus since last March, which places California as the epicenter of the virus in the entire United States.

In total, the state reported another 361 deaths between Tuesday and Wednesday, bringing fatalities to 23,284 people.

But that is not all, in addition to the thousands of infected and dead, the state is running out of beds in the intensive care unit and some regions are already at maximum capacity.

Health Corps continues to be part of our staffing strategy – we encourage all who qualify to join: https://t.co/snYe5v55Rw pic.twitter.com/k87r2nKNMj

— Office of the Governor of California (@CAgovernor) December 20, 2020

Since last November, the state has maintained a curfew that limits activities at night, forcing establishments to close at 10 p.m. and prohibiting evening gatherings.

SEVENTEEN IS ALREADY IN MEXICO! THEY RECEIVED THEIR FANS