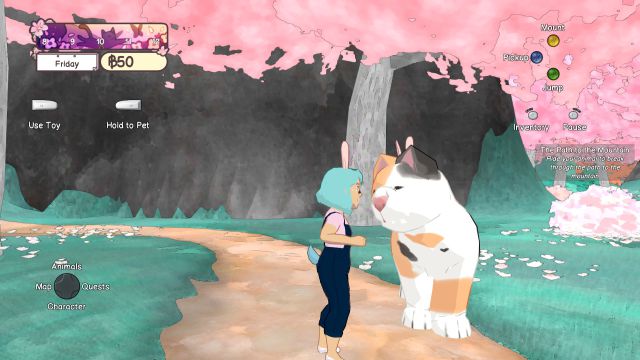 We take an in-depth look at Peachy Keen Games’ first proposal: Calico. We tell you in detail what it is like to run a cafe in a magical world

Calico comes to our hands in such an unconventional year as this 2020 has been, we are grateful to have proposals whose main objective is to offer us a virtual world in which to relax and leave our daily mundane worries beyond the screen. An example of this is the award-winning Animal Crossing: New Horizons, which arrived at the beginning of the year to offer us a second life in which to connect with our loved ones and meet endearing animals. Something similar to the latter offers Calico, which reaches computers and consoles to offer us a peaceful alternative set in a magical world of pastel colors. In the next few paragraphs we will break down the title of Peachy Keen Games, with its great successes and some failures that give room for improvements.

Before starting the analysis in question, it is important to note that we are facing a game developed only by two people. The Peachy Keen Games team is based in Seattle, Washington, and in their own description they state that they aim to create welcoming and comforting experiences. Calico, the daily life simulator with cafes and magical girls is their first game, and we are very happy to confirm that they perfectly fulfill their main goal.

Cafes and kittens, an ideal combination

The idea of ​​running a coffee shop full of cats and loyal customers may seem too good a concept to be profitable, but at Calico it is entirely possible. In fact, cats and dogs are one of the most common animals that we will be able to recruit for our business, since we will come across all kinds of wild animals. And when we say everything, it is because there are literally polar bears and giant green rabbits waiting in different parts of the map for us to invite them to live in our cozy cafeteria.

Before we can explore the different areas of the map to find such special fauna, we will have to start at the beginning: meet the nearby neighbors, decorate the place and learn a few basic recipes. Unfortunately, running a cafeteria cannot be based solely on taking in animals from the bush.

Once we’ve gotten our hands on the basics of Calico, we can begin to meet the charismatic characters that inhabit their world. In this section, it should be noted that the dialogue options that we have available are quite poor, and sometimes null. In addition, it currently does not have localization into Spanish, and although its texts are not particularly complex, we will need basic English to understand them. However, discovering the location of each of the neighbors, their personality and how it comes together in their physical design is quite entertaining.

Unfortunately, the favors that the inhabitants ask of us as secondary missions are quite simple, and they are limited to requesting a certain style of furniture in your place or looking for their lost cat, to give a couple of examples. On the other hand, the missions most aimed at advancing in the title are focused on gradually unlocking different areas of the map, with their respective stations, animals and inhabitants.

As for the mechanics related to the cafeteria, they are simple enough not to become a headache, but entertaining enough to be satisfying for the player. In this section, the weak point is cooking. To prepare dishes such as muffins or coffees, we will shrink on the counter and we will have to transfer the ingredients of the recipe in question to a bowl. It is funny to see how the animals around us become much bigger than us, but it has no mystery or emotion after having been in the kitchen a few times. Also, we have to get used to the idea that the decoration will have to be conformed progressively, since it advances depending on the money we get working. And regarding the part of managing the business, for the moment it is quite simple: customers come, consume and leave. In this sense we have missed some additional management options that could enrich the title in a more strategic direction.

The design of the different areas of the map is well constructed, each one has its own personality and advancing to them gives us the feeling of discovery that we hope to feel while exploring a magical world. However, the stages are too large for how empty they are, causing us to spend much of our time moving from one end of the map to another without any reward. At the time in history when we can get hold of a mount, we suffer less in this regard, but it still gives the feeling of an empty world.