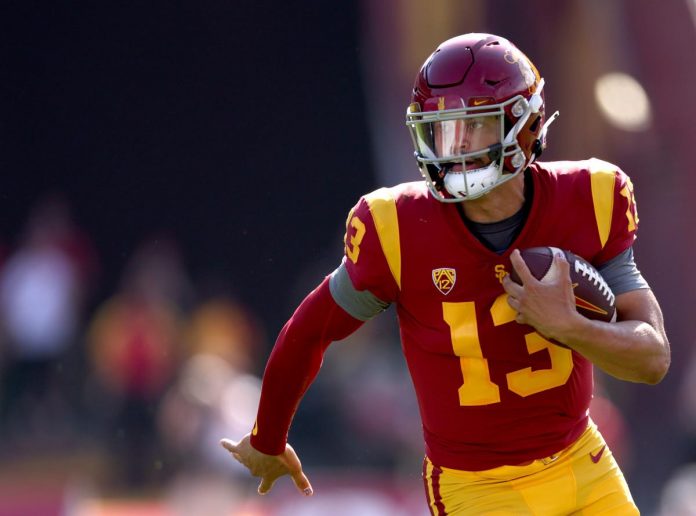 While Williams has had some success in Southern California, he admits it was difficult for him to leave the program that initially welcomed him as a five-star recruit in 2021.

“Yes, it was difficult, to say the least,” Williams told ESPN’s Holly Rowe. “I’ve been waiting there for my coach for the next three or four years. So, his sudden departure certainly affected me, and having to make a decision about whether to stay in Oklahoma was probably one of the most difficult tasks. I helped during COVID. You may have seen that I helped most of my class get there and fix, so it was a little hard for me to just uproot everything and come here (to USC). Probably the hardest part was breaking up with the guys I knew before I got there. The relationship I built when I got there, so that was the hardest part.

“And then when I actually came across the transfer portal, it was very difficult after the game. There were so many questions about what I was going to do, and I was a little excited. It was a difficult situation because I really didn’t know what was going on and what I was going to do, so I made the decision to just go to the transfer portal and see what my options (were) and see what I could do. . Oklahoma made a decision, and then I made mine, and I think it worked for both places. I wish them all the best.”

Williams abruptly began his football career at the University of Southern California. He completed 19 of his 22 passes for 249 yards and two touchdowns during the Trojans’ first win over Rice last Saturday.

Williams and USC will try to continue that success later this evening when they take on the Stanford Cardinal at 7:30 p.m. ET.