It is difficult to visually predict how a black hole can have an impact on our planet. But a physics student tells us about the effect that at least numbers can make thanks to his calculator.

Today, Omni Calculator, which has more than 777 calculation systems under the title of every area of ​​life, has added a new one to its system today. The new calculation system allows you to examine the effects of a black hole on Earth, the Sun or any planet.

The new calculator, called the Black Hole Collision Calculator, was developed by Alvaro Diez, a physics student at the University of Warsaw in Poland. Alvaro developed this calculator in just one week and spent most of the time turning it into a tool that could appeal to the general audience. 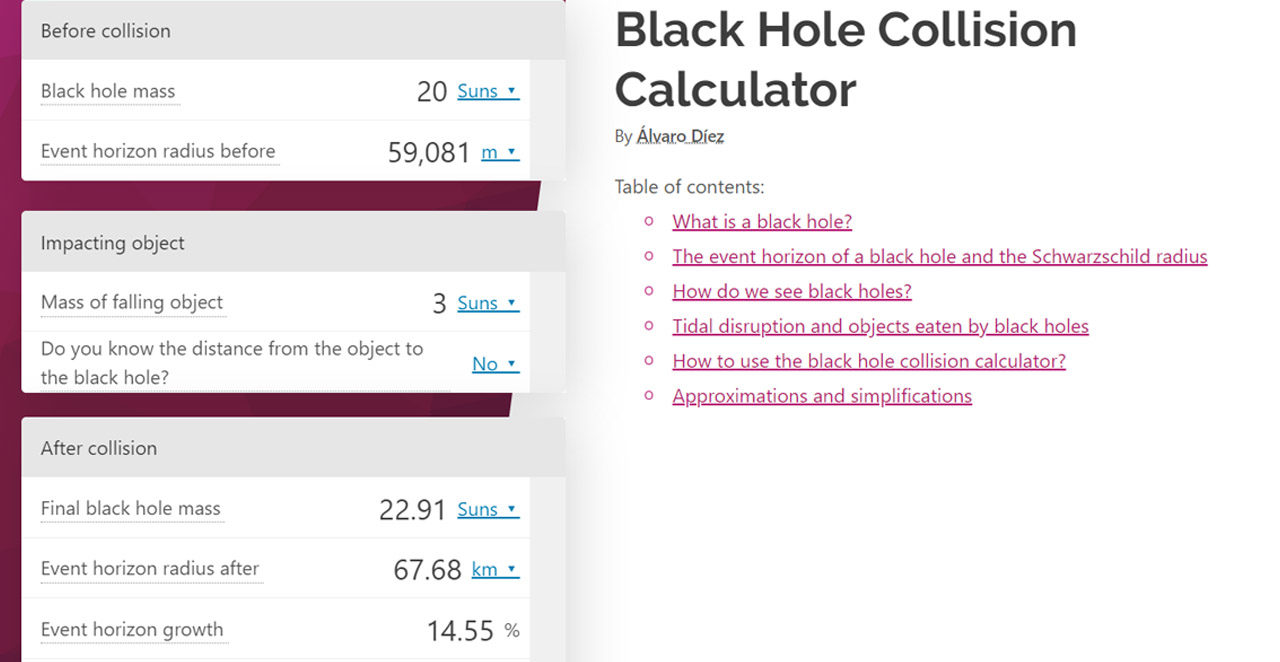 Alvaro Diez shared what he was inspired to make such a calculator. Diez said he was inspired by the emergence of a lot of information about black holes lately. For example, at the beginning of this year, scientists took a picture of a black hole for the first time with the Event Horizon Telescope.

Describing this year as the ‘Black Hole Year Die, Diez said that he wanted to be a part of this special year after the developments in the scientific world. The physics student then decided to create a calculator to help people understand these mysterious objects better.