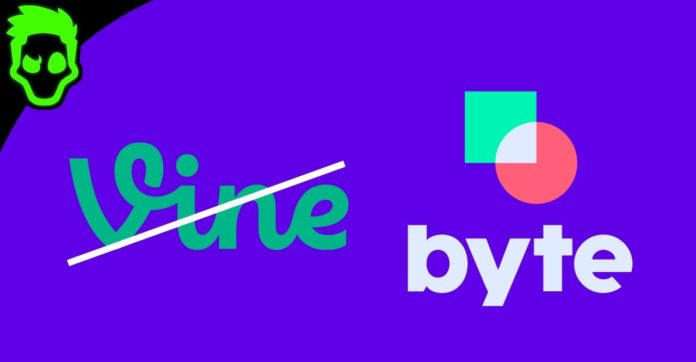 The application, born out of the absence of Vine, exceeded 1 million downloads in the first week and became the most downloaded application in many regions.

The short video sharing application Byte, known as the heir to Vine, has gained great popularity despite the problems it has. Developed by one of the founders of Vine due to the fact that Vine was closed, Byte reached 1.3 million downloads in its first week, according to the data provided by Sensor Tower. Sensor Tower compared the number of downloads Vine had in the first week to that of Byte. Apparently, Byte overtook Vine with a noticeable difference.

In addition to this success, some problems also manifested itself in the first week of application. The application faced a huge spam problem. Follow-up request and comments like ‘like to like’ wrapped all around the application with the help of bots. At the same time, some content-related concerns also showed up in this process.

Spam content surrounded the platform:
The comment parts of the contents shared in the application were filled with expressions like “Follow-up”, “Like to the likes”. These spam comments were made automatically by bots. The elements that pollute the application are not limited to this. Many users who downloaded Byte early opened accounts using the usernames that should belong to famous people.

Many accounts, using artists such as Taylor Swift, and entrepreneurs like Donald Trump and Jeff Bezos, have turned the app into a social media dump. The company that developed the application promised that these accounts will be detected and deleted as soon as possible after noticing the problem.

Content issues:
This was not the only problem with Byte. The platform, created for the audience over the age of 12, quickly became a place full of adult humor. In addition to sexually explicit videos and submissions that are not suitable for children, content that may be offensive to some audiences also attracted attention. Many of these videos were featured in the most watched videos section. After these events, the age limit of Byte was increased from 12 to 17. Videos thought to be objectionable were also removed.

The last of the complaints about Byte was the excerpt videos uploaded to the platform. Byte that does not require shooting only from the application camera like Vine; YouTube hosted videos from many platforms such as TikTok. This can prevent the original content success of Vine from being achieved by Byte.