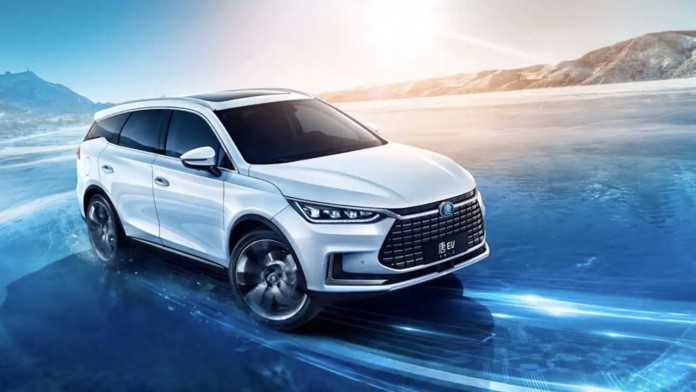 BYD‘s new electric SUV has recently appeared in the catalog of China’s Ministry of Industry and Information Technology. Here are the details

Change in the automotive industry continues unabated. Especially in recent years, with the emergence of companies producing electric and autonomous vehicles, especially Tesla, automobile giants, which have been in the sector for years, are starting to keep up with this trend.

In this direction, we can say that new electric cars with advanced technologies are offered to users every day. Finally, the new electric SUV model of China-based BYD has recently appeared.

As it is known, BYD showcases its new electric cars under the name Tang EV. The company, which is frequently preferred in the European market as well as in China, is on the agenda with the new model of Tang EV, which appeared in the catalog of the Chinese Ministry of Industry and Information Technologies a short time ago.

However, it should be noted that the design and technical features of the electric SUV are also clear. Considering the design of the vehicle, the first details that caught our eye were its more modern appearance and minimal grilles compared to its predecessor. As it will be remembered, this year’s model had grilles that largely covered the front of the vehicle.

The SUV has an electric motor of 168 kW, that is, approximately 229 horsepower. However, it is noteworthy that its power is less than its current single-engine predecessor. At this point, the information is that BYD will launch a dual-engine and four-wheel drive version of the SUV in the future. BYD Tang HOME
One of the biggest changes in the vehicle was undoubtedly on the battery side. Accordingly, the LiFePO4 battery in the SUV has been increased from 140wh/kg to 150wh/kg. Thus, the range of the car increased up to 700 kilometers.

Although it is not clear at the moment, it is claimed that the new model of BYD Tang EV will appear in front of drivers with three different versions focused on range, traction system and performance. However, it is stated that the single-engine and long-range model will be introduced at the first stage, and this model will be showcased at the Guangzhou Auto Show to be held on November 19.

So what do you think about this subject? Can electric cars, one of the main drivers of change in the automotive industry, one day completely replace gasoline and diesel vehicles? You can share your views with us in the comments section.