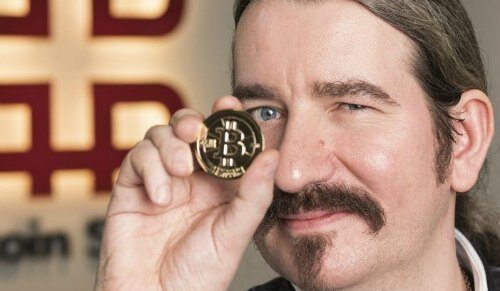 Bitcoin Suisse CEO Niklas Nikolajsen announced that he has invested $ 160,000 a month in Bitcoin and Ethereum. Nikolajsen, who met cryptocurrencies in 2010, became a billionaire thanks to crypto coins.

Investor Niklas Nikolajsen stated in an interview that he met crypto money by paying 50 BTC for the coffee he bought by a friend in 2010. After this meeting, he said that he made his first investment by purchasing 1000 bitcoins for a total of $ 770. Continuing his investments by maintaining his belief in cryptocurrencies since then, the CEO founded the crypto money company called Bitcoin Suisse in 2013.

Bitcoin is a real adventure

Niklas Nikolajsen stated that even if he has made a very good profit from crypto money, he cannot give up the exciting adventure that Bitcoin has to offer.

“Struggle with the system, trade, scandals, hacking attacks… All these represent a real adventure. Bitcoin is not like going to the movies and watching a movie, it’s like living that movie. ”

At the same time, he said, “I follow the Bitcoin price 100 times a day,” Nikolajsen said that he has become accustomed to the volatility seen in the crypto money market since he has been in this business for years.

I learned bitcoin thanks to gold

First of all, the CEO said that gold is a natural entity and not a financial instrument that was later created by humans, such as paper money. At the same time, the investor stated that gold does not provide an unfair order like fiat currencies, and stated that they also invested in gold for these reasons. However, the investor, who said that it is difficult to pay with gold, said, “For example, to pay a person in Japan with gold, do we have to put gold in an envelope and send it?” he said and emphasized the impracticality of gold.

Emphasizing that Bitcoin came into play because of the uselessness of gold, the investor said that BTC is a scarce asset like gold. Nikolajsen, who believed in bitcoin more than gold, described BTC as a new generation gold. He evaluated the difference between the two assets as gold has been in our lives for thousands of years and Bitcoin for a short time.

It is known that the Swiss-based crypto money company founded by Nikolajsen has reached a value of over $ 341 million in 7 years. According to the website, the company is supported by the Swiss Cantonal Bank and provides cold wallet service to users. The total value of cryptocurrencies in cold wallets is over $ 3 billion.