Coronavirus: There are 36 variants of the new coronavirus in circulation in the state of São Paulo at the moment, according to information from the Butantan Institute. The data were released on Monday (30), in the Epidemiological Bulletin of the Variant Alert Network.

Among them, three were identified for the first time, while another four are new strains of the Delta variant. Among the new strains is B.1.1621.1, also known as “Copa America”, initially detected in two members of the Colombia and Ecuador delegations during the tournament.

In addition, the B.1.540 mutations were detected, in an unprecedented way, in five people, and AY.3 in three cases. The discovery was made thanks to the genomic sequencing carried out by the institute, which has analyzed more than 19,000 samples from patients with covid-19 since the beginning of the pandemic.

According to the director of the Scientific Development Center at Butantan, Sandra Vessoni, the presence of new mutations is a matter of concern. The biggest reason for the alert is the high rate of contagion of some strains, such as delta, associated with the increase in cases in the United Kingdom, United States and India. 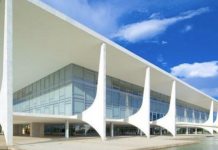 WhatsApp accounts are in danger: vulnerability!

Dogecoin: From Kidding To One of The Most Valued Cryptocurrencies in...