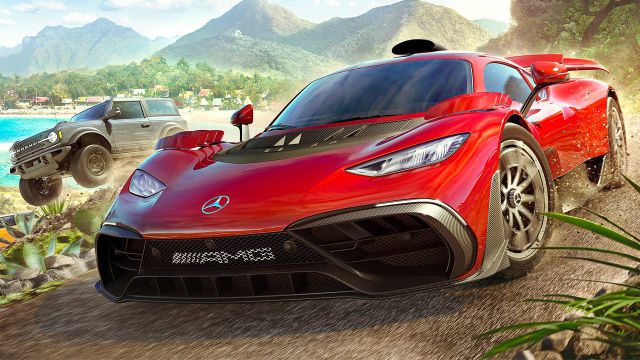 Forza Horizon 5: Disregarding the driving genre (whatever style it may be) not only denotes ignorance, but also shows that an important part of the story has been lost. The launch of Forza Horizon 5 has been accompanied by some classic comments that we could already see with Forza Horizon 4. The Playground Games game is once again a first-rate technical deployment, a spectacular world in which driving by driving is already a pleasure and a space for cooperation, competition and creation in which many of the games that we had to buy separately in the past come together. It is then when, in response (it is easy to find them), it is said that it is not so bad. It’s just a car game! How is GOTY going to be a car game? Let them explain it to me!

This already happened in 2018. It did not seem conceivable that the year of Red Dead Redemption 2 or God of War some considered – we consider – that what we had liked the most that year was, precisely, a simple car game. Leaving two things aside: the first, that the Forza Horizon saga is much more than a car game; and the second and most important, that being just a car game can mean a lot.

Disregarding the driving genre – be it because of an absurd brand war or because it is not to your liking – not only denotes ignorance, but also means having lost an important part of the history of video games. Because those sets of cars, of multiple shapes and colors, have been the engine -je- of new generations or the technical examples of what our machines were capable of doing.

Car games have allowed us to hallucinate with the graphics of the new console of the moment, to get chest out of our new machine; say “of this he is capable”

To say that the first time we were able to see Ridge Racer go from an arcade to a home console it was just a car game, is disrespecting the history of the medium. To consider the first installments of Gran Turismo – we believed that nothing could beat that – as just worthless car games, is to want to erase from our minds the first time we had a Mitsubishi FTO LM at home, inside the room. And we could drive it when we were 14 years old! But it’s just a car game!

We would go to the arcades in our city and queue up to drive the Ferrari Testarossa in Out Run, and that was just a car game (do yourself a favor, buy OutRun 2006). When we saw the Sega Rally Championship at Saturn we thought it was a miracle as we noticed the differences between a Toyota Celica and a Lancia Delta. We never thought it was just a car game. On TV they had instilled in us the greatness of Carlos Sainz and V-Rally allowed us to understand what it was about racing against the clock. Well, and Colin McRae Rally 2.0 I’m not even telling you. But they are only cars, they say.

Gran Turismo 3: A-Spec brought a new dimension to the series and the genre on consoles, becoming an absolute benchmark and an example of the technical potential that PlayStation 2 could show. Project Gotham Racing -anyone- served to teach your friends the unhealthy power (excessive? Maybe this was in Cat) of the Xbox on duty. If even now, that 21 years have passed, you put Ridge Racer 64 on Nintendo 64 and wonder how it works at that framerate unthinkable for the rest of the catalog. And then came Burnout Paradise, which paved the way for open worlds in driving games (it wasn’t just racing anymore, there was more) to a Playground that integrated it and made it their own.

Fear The Walking Dead: What We Suspect About The Series’ Lowest-Paid...