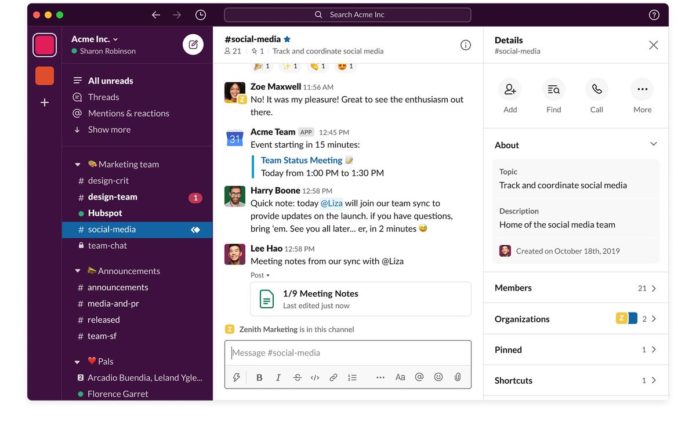 Slack, one of the most popular business-oriented chat and communication platforms in the world, announced that it broke a record in the number of concurrent users. Serving in more than 150 countries, the service announced on March 16 that 12.5 million users were active at the same time.

The new type of coronavirus (COVID-19), which has been transmitted to more than 480 thousand people worldwide since last December, has changed the working principle of companies, like many other things. Now, most companies have switched to the home office, that is, from home, within the scope of the precautionary measures. As such, this has tremendously increased the demand for business-oriented chat and communication applications. Slack is one of these platforms.

Developed by Canadian Stewart Butterfield, the app saw 10 million concurrent users on Tuesday, March 10. This number reached 12.5 million in just six days, that is, on March 16. Slack, who did not explain the total number of daily active users during this period, chose only to share the number of online users concurrently.

Meanwhile, Slack is preparing for one of the biggest updates in its history. The new design, which focuses on simplification and customization, will be available to users in the coming weeks. IBM, one of Microsoft Teams’ biggest customers for years, announced last month that it chose Slack to further strengthen communication among its 350,000 employees. Microsoft is preparing to announce a more consumer-oriented version of Teams, at an event that will take place online next week.