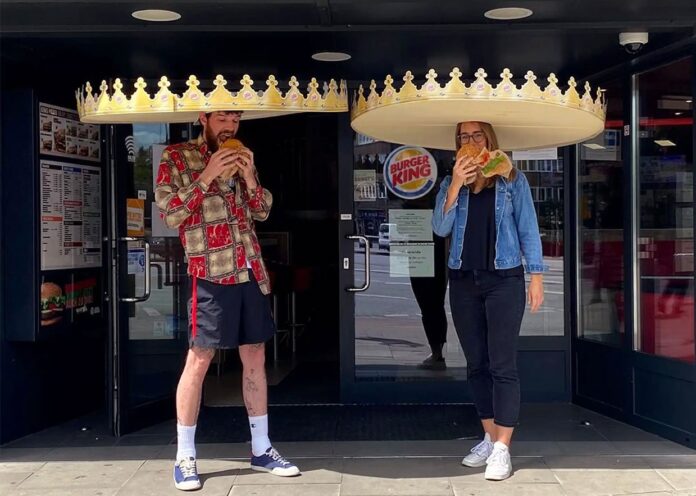 Burger King, one of the fast food giants, showed his new paper crown to encourage people to maintain social distance. The company launched its crown in new restaurants opened in Germany.

Bringing life to a standstill, the coronavirus has affected many industries, including the food industry. Burger King, one of the biggest fast food chains of today, still keeps its restaurants closed in many countries due to the COVID-19 epidemic.

However, in Germany, which began to gradually heal the wounds of the epidemic, Burger King reopened its restaurants to its customers. Nevertheless, since there is still an epidemic danger, Burger King took precautions to protect social distance like every restaurant opened. Another measure taken by the food chain was very creative.

New crown from Burger King:
In the days when the coronavirus first appeared, we saw people in many different ways while trying to maintain social distance. One of them was the man who put a metal in the shape of a circle on his body. In this way, this person kept himself away from other people and could not approach if he wanted.

A similar measure was taken by Burger King. The company has increased the size of the paper crown from time to time as a gift. The famous crown of Burger King had a large diameter that would prevent people from approaching each other. Burger King shared the image of that crown from their official accounts.

“Troll” almost barred manufacturing of Coronavirus tests in the USA