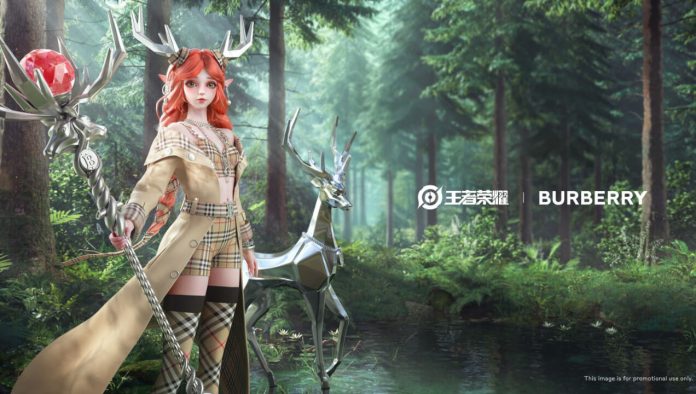 Honor of Kings, one of the biggest games in the world, will soon be among the most fashionable games. Today, Tencent’s developer TiMi Studios announced a collaboration with fashion house Burberry on new character looks.

Under the agreement, the skins of the Yao character will be designed by Burberry’s chief creative officer, Riccardo Tisci.

Making a statement about the design, the company said, “The Burberry’s signature gabardine costume, pioneered by founder Thomas Burberry and designed to protect the wearer from the weather, fits perfectly with Yao, who portrays the role of a protector for his teammates.”

It is expressed that the costume agreement, which will consist of two different colors and designs, opens the doors of new excitement for the popular game. On the other hand, it is stated that the two external appearances were designed by taking the “spirit of nature” into consideration. The skins for which no release date has been announced will be available for purchase only for players in China.

If you haven’t heard of Honor of Kings before, let’s note that the game is a competitive multiplayer game in the same mold as League of Legends or Dota 2, but for mobile devices. The game is so popular that Tencent has even had to set daily limits on players in the past. The developer states that Honor of Kings reached an average of 100 million players per day in November 2020.

Meanwhile, collaboration is seen as part of the ongoing fashion trend that is leaking into video games. As you may remember, Lightning, the hero of Final Fantasy XIII in the past, served as a model for Louis Vuitton, for example, and the fashion house also designed playwear for League of Legends characters.

Stranger Things: Season 4 may premiere only in 2022, says actor