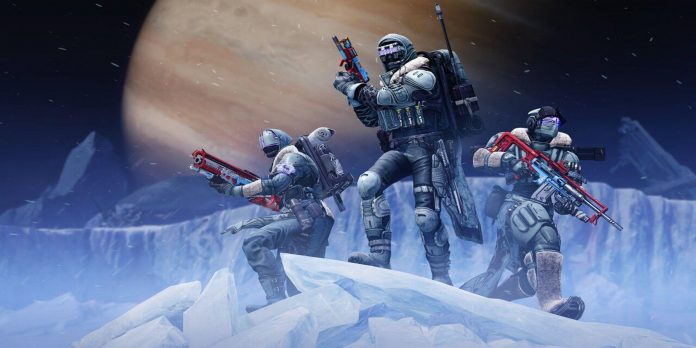 Bungie has patented a new touchscreen technology that apparently confirms rumors about a mobile first-person shooter set in the Destiny universe. All Bungie patents focus on a digital controller and a modified way to communicate with other devices from the screen of a mobile device. Although nothing has been confirmed, the Destiny mobile game could be an interesting addition to the franchise for fans who want to get a new experience in the universe. Indeed, many who are thinking about mobile Destiny IP declare that the title will be a separate game.

Reports about the Destiny mobile game are recent and unconfirmed, but this new information about Bungie’s patent at least indicates that the studio is working on some kind of mobile game or application.

The patents filed by Bungie show some interesting digital controllers. The studio has created an automatic aiming system that clearly assumes use in an FPS environment. This would make sense, especially if the claims about Bungie’s PvP-oriented mobile game are true. Some other images from the patent also hint at a possible connection between mobile controls and other devices, which could mean that players can use mobile devices in combination with other screens. Some of Bungie’s patents include an infinite drag-and-drop feature for mobile devices, a virtual button charging feature, and a set of state-based action buttons.

Bungie has already appeared in mobile games with Destiny 2 content in Fortnite. The studio is also working on its next major expansion Destiny 2: Lightfall, which will add new mechanics, subclasses and story content to the ever-growing Destiny universe. And although the Destiny mobile game is being developed for the third year, fans should not hope for mobile content in the near future.

However, more important information about Bungie’s flagship franchise relates to Destiny 2: Lightfall and The Final Shape. Lightfall will work on continuing the story of The Witness and the war with The Darkness, and The Final Shape will be the latest addition to the Light and Darkness saga. And so, while it would be great for fans and potential new players to see a Destiny mobile game in the near future, it’s much more likely that Bungie will continue to focus on the next major additions to Destiny 2 for the foreseeable future.

The Walking Dead: This is the character most affected by the...