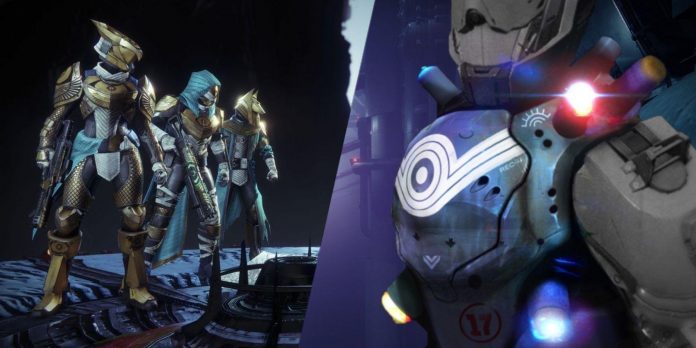 The Destiny 2 Ghost season is coming to an end in less than a month when Bungie launches Season 18 along with the long-awaited Arc 3.0 update. Although the stories covered in Season of the Haunted hit the right track, there were a few issues with this particular Destiny 2 release due to the grinding of the weapons being created, as well as from-due to the fact that the PvP meta was in a serious condition. Since the Destiny 2 meta in both PvE and PvP varies greatly between seasons due to the sandbox updates that Bungie implements, some given weapon archetypes, exotics, and subclasses tend to be more powerful than others.

Many Destiny 2 Crucible players have noticed issues with items such as Lord of Wolves or Omnioculus damage reduction, and some of these people have started harassing Bungie developers, demanding answers and fixes. The situation worsened when Bungie TWAB’s recent posts barely mentioned the PvP changes, except for a small preview of the patch that will be released tomorrow along with the Solstice event. However, this is understandable on Bungie’s part after the Twilight Garrison incident, which led to the sandbox developer interrupting communication with fans after receiving death threats and insults.

RELATED: Bungie Unveils Rewards and Armor for the Next Destiny 2 Solstice Event

Yesterday, Destiny 2 community manager Dylan “dmg04” Gafner shared a series of tweets in which he talked about both the current state of things in Destiny 2 PvP and what it’s like when developers are harassed. Although Gafner did not say anything specific about the problems with PvP, he stated that the team is working on a series of balance changes, the implementation of which takes time because they need to be tested, and Destiny 2 is a large—scale game that makes it harder to do it in a timely manner. As for communication, Gafner said Bungie will let you know when the necessary information is fully ready for these conversations, but feedback on changes is useful.

To solve the problem of harassment, Gafner responded in another thread, this time created by the creator of the Destiny 2 FalloutPlays content, who defended the right of Bungie developers to remain silent if the community responds with insults and threats. Gafner said that the ability of developers to discuss their work without fear of harassment is a pipe dream, and this is one of the reasons why Bungie finds it difficult to communicate. The community manager then asked other players not to put up with harassment in any way, whether in the gaming community or anywhere else.

Nevertheless, in an effort to keep in touch with the community on important issues, Bungie confirmed that Destiny 2 will remain multiplatform, despite the fact that the acquisition of Sony has finally been completed. TWAB will continue to appear, and developers are likely to remain active on social media, but players should be more respectful of the people who make the company and the game.

New details from The Batman movie